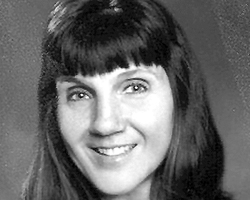 Parking has become a hot subject in my section of town.  With people moving out in the past few years, there seem to be many more new ones coming in to park—go figure.  Some of those cars belong to new tenants in existing family homes that havebeen there for a long time.

Those I don’t really worry about because the state of the economy has brought them to share their homes with people that can help pay the mortgage.

Yet other car belong to family members coming back after many years.  Most othes are visitors who are just there temporarily for a couple of hours or a few days.  Most are fine when not hogging all the parking spaces in front of your house the most essential day—street cleaning day.

Recently a neighbor down the road came and knocked on our door at eight in the morning.  The incident would have been waived off in my mind if it was just to borrow a cup of sugar, but that was unfortunately not the case.

This neighbor wanted to ask if our “car was parked in front of their house?”

This is not about the car being parked in front of the neighbor’s house but about the need for some old-fashioned hospitality.  If one can’t be courteous enough to give up at least one parking space on street cleaning days, then what happens to that person when they will need to park somewhere other than in front of their house in the future?

Is there so much greed for space out there that one parking space is impossible to give up for a short time, especially to avoid a Seal Beach parking ticket?

What would happen if this neighbor had to deal with people parking in front of their house on a daily basis like we do?  Living in a cul-de-sac we’ve dealt with these things and yes it’s an annoyance, but it’s life—I say get over it and move on to something more important, like paying your bills. What neighbors like the one I mentioned here need to realize is that we can’t gripe about people parking in front of our house on street cleaning days.  I for one have a neighbor who always parks in front of my house when there is space.  I just live with the fact that I have to park down the street if I am last to park on the night before street cleaning day.

I am healthy (thank God) and I can walk four or five houses down to park.   What would these neighbors do if they lived in Cypress, where there is street cleaning on both sides of the street?  I guess they would be content because no one would be parking in front of their house on street cleaning days. Unfortunately in Seal Beach most homes are not equipped with long driveways for plenty of on property parking.  Cul-de-sacs have even less space, and don’t get me started down on Ocean Avenue, where the palm islands have taken over each street down there.  I have seen more than one car bump into a curb and ruin their alignment because they were trying to back into a tight parking space!  I could go on forever about parking issues in Seal Beach … but for now I am content.

Enea Ostrich is a resident of College Park East in Seal Beach.