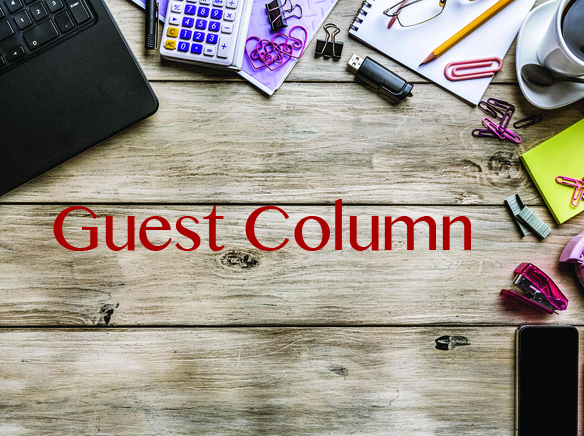 Last week’s guest columnist gave his big picture on the parklets in just his first 2 paragraphs. His picture was for the bars to spill out onto the sidewalk and flood into the street. Just like 2nd St., Belmont Shore, and Main St., Huntington Beach. It obviously has to be said again, before the parklets were dumped on our Main St., our street was a little jewel. It was the last small quaint beach town that was truly family friendly. Visitors begged us not to change our street, that there was nothing like it. Most residents were proud and guarded and supported Main St. like a favored grandchild. But now we have some people, even city council members, that want to trample it underfoot and replace it with just another bar street. Bar streets, no matter how fancy they make their parklets, or how much parking they have, they all have one thing in common, they all kill off the retail and surrounding businesses.

We need to look at what made our small town such a quaint and desirable family atmosphere. It wasn’t the bars that created that family atmosphere. It was places like the shell shop, Up Up & Away kites, Knock Knock Toy store, Brita’s Gardens, the dress stores, our family owned hardware store, Bay, our doctors, dentists, all the other clothing stores and gift stores and businesses that provide services to the people of Old Town and visitors. What will the street be with them gone? Don’t believe people who tell you “no one is going out of business”. There’s people telling us, “Don’t believe your lying eyes, nothing to see, move along.” All the businesses that have made this quaint street are not the ones speaking out to enrich themselves at other’s expense. They are the ones speaking, just to not lose their businesses and livelihoods. They were given no choice, but to speak. They’ve been discriminated against and put at a disadvantage and targeted just for speaking out for what is being done to them and the rest of the community.

Please if you want these businesses to not go under, please write the city council and ask them to keep their word to the whole community and take these parklets out and please support them by shopping locally, especially during the holidays.

The city promised the parklets were temporary. The city has no permission from the Coastal Commission to go ahead with permanent parklets. Yet the city staff with Mayor Kalmick and councilman Varipapa, have already drawn up proposals that would give the bars and restaurants parklets with large areas of the parklets that they’re not even going to charge them for. The remainder of the parklet which they are going to charge them for, the rent is going be a fraction of what rents were on the street 20 years ago. Basically after the restaurants make an investment, which isn’t that large for a restaurant, their rent is going to be minimal on all the parklets. Pretty much giving them a freebee. What’s more fair and makes more sense, is if the city council is determined to do something just for the bars and restaurants, is let all of them open up the front of their buildings like Hennesey’s was allowed to do. The city could waive permit fees and facilitate in construction in anyway possible. I know there are Main St. building owners that would help their tenants with cost. This could be a forever investment unlike a parklet. Where another city council could just take them back out, because they weren’t creating the kind of environment promised. This would be more than a fair and equitable compromise.

Being in a patio up out of the street and off the sidewalk, now that’s “cozy”. The guest commentator thought being in the street with brake and tire dust, swirling around your head while you were eating and drinking was “cozy”, not to mention the speeding cars and trucks whizzing by, which more than once have played bumper cars off a parklet. Maybe I just don’t understand “cozy”. I’m one of those strange people who’d rather pet a fluffy puppy, than a porcupine. Like I said, I guess I just don’t get “cozy”.

We’ve always had people say just anything to get in what they wanted, no matter how much it hurts other people in the community. The guest commentator proposed a parking plan that was going to solve all our parking problems that have been compounding for decades, and would do that no overflow into all the streets surrounding Main St. Local residents said that was ridiculous and felt insulted. Of course it would shove parking and traffic congestion onto their streets. Residents say they already can’t park in front of their homes, their families with their kids and grandkids or elderly parents, have to park blocks away or simply don’t even try to come over anymore.  The residents said this is just going to make their homes less desirable and depress their property values and compromise the quality of their lives.

Having been on a parking commission, this is just giving away prime parking for a few people. The plan is over complicated and expensive. Shuttles alone are expensive and no one uses them. Unless you count the drunk buses from Long Beach, stuffed with screaming drunks with beers in their hands being illegally disgorged in the middle of Main St., blocking all the traffic. Even some of the bars have asked these shuttles not to come back again.The writer makes no mention of what happens when the Bay Theatre reopens with seating for over 400. Not to mention, the B of A on Main St. reopening and taking back their parking lot. If the city wants to try this plan or any other, they need to do it for a year, go through all the seasons and if it works, then come back to us and talk to us about permanent parklets. It’s more than past time to take out the parklets. 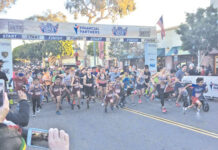 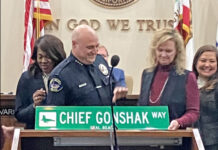