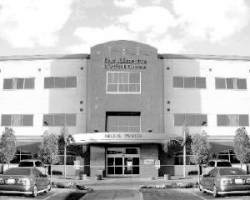 The additional services are expected to add $83,000 to the contract, according to the staff report by Sean Crumby, director of Public Works.

The Crumby report said the basic program is funded by money from the Air Quality Management District.

The Orange County Transportation Authority will contribute $63,721. Seal Beach will pay $107,307 for the transportation sevices.

“If the Senior Transportation Services program is expanded, funds in the amount of $83,350 per year have not been identified,” Crumby wrote.

According to the Crumby report, the council in June directed staff to increase the existing senior transportation service area to 3 miles beyond the city limits.

“This increase in distance is to include service to the Los Alamitos Medical Center and surrounding area into the Dial-A-Ride program,” Crumby wrote.

According to the Crumby report, the company is the only one that can operate the 17-passenger life bus that the OCTA provided to Seal Beach.

In October, according to Crumby, the council directed staff to expand the Dial-A-Ride program. Western Transit currently provides transportation within Seal Beach and half a mile beyond the city limits.

“The expanded Dial-A-Ride service will require a 24-hour advance reservation and service to and from any address originating from the city of Seal Beach [to]3 miles outside of the city limits, operating eight hours per day, Monday through Friday,” the Crumby report said.

The report said the additional service would increase the contract by $83,000 a year.

Crumby told the council that the money applies to one vehicle that would be available 40 hours a week.

The vote was 4-1, with Councilman Gary Miller casting the only no vote.

However, on Nov. 8, Dr. Robert Goldberg, a Bridgeport neighborhood resident and local activist, expressed similar concerns about the agreement between the city and its police officers.

Goldberg said the Police Department made Seal Beach “Mayberry by the Sea.”

However, Goldberg said he felt the health costs for officers would rise above any savings in pension calculations.

Miller said he had asked for, but not received, an estimate of revenues and expenses.

According to Miller, the costs of the new agreement off set any savings in calculating pensions for officers who retire after 30 years. Miller pointed out that that the pension savings would apply to new hires and it might be some time before Seal Beach hires new officers.

Miller said the agreement should be renegotiated.

None of the other four council members spoke about the issue.

Council discussed the memorandum of understanding in closed session at the previous council meeting.

The council took no reportable action at that time.

On Nov. 8, immediately after Councilman Miller expressed his concerns, the council voted. The agreement was approved, unchanged.

The last issue of the night was a presentation on refinancing the city’s sewer improvement bonds. The bonds were issued in 2000.

Carmany said the staff would not come back to council with a formal refinance proposal unless the staff can save the city $250,000.

The council voted unanimously to have staff look into refinancing the sewer improvement bonds.

Seal Beach is currently attempting to get a sewer improvement loan from the state of California. According to a recent press release from the city, the application process could take two-and-a-half years.