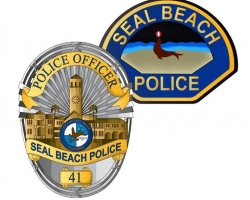 A man identified as a Seal Beach resident was arrested after allegedly making a false bomb threat and pulling the fire alarm at a large apartment complex.

On Sunday, Nov. 20, at about 11:35 a.m., the Seal Beach Police Department responded to a call of a structure fire at the Eaves Apartment Complex located at 333 First St. Officers arrived on scene and quickly determined that although the fire alarm was sounding, there was no fire. Officers detained a suspicious man they believed had allegedly intentionally pulled the fire alarm.

As officers continued to check the apartment building for fire, they discovered a suspicious package directly in front of the suspicious person’s apartment door. The man allegedly told officers that the package was a “gift for the bomb squad.” Fearing the package contained a hazardous object, the Orange County Fire Authority and the Orange County Sheriff’s Department Bomb Squad responded. Additional resources from the Los Alamitos, Cypress, and Huntington Beach Police Departments, along with the California Highway Patrol, and the Long Beach and Huntington Beach Fire Departments also responded. The two neighboring apartment buildings were evacuated out of an abundance of caution. Pacific Coast Highway was closed for approximately one hour while the buildings were evacuated.

Ultimately it was determined that the package did not contain any hazardous or explosive materials. The man’s apartment was also checked, and officers discovered no hazardous items or other people inside. Neighboring residents were allowed to return to their apartments.

The man was identified as Walter Dale Hunter, 40, of Seal Beach. He was placed under arrest on suspicion of violating California Pena Code §148.1(b) —making a false bomb threat—and 148.4(a)(2)—causing a false fire alarm. Hunter was later booked at the Orange County Jail.

According to the SBPD, there is no ongoing threat to the public; the investigation is ongoing. Seal Beach Police are asking anyone with information is to contact Detective Sgt. Chris Hendrix at chendrix@sealbeachca.gov or (562) 799-4100 ext. 1112.