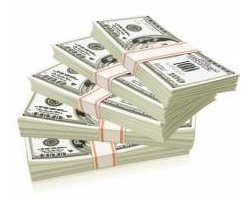 The woman who admitted to stealing $3.9 million from Seal Beach and 22 other California cities made her first court appearance Monday, June 7.

Arizona resident Belinda Exon, 55, has not yet formally entered a guilty plea, although the U.S. Attorney’s Office announced last month that she had reached a plea agreement with federal prosecutors.

“Her case was assigned to a judge, who has yet to schedule a date for her to plead guilty,” said Thom Mrozek, public affairs officer for the U.S. Attorney’s Office.

According to the May 7 press release that announced the plea bargain, Exon will be sentenced to to 46 months in federal prison Monday, June 7.

Belinda Exon, 55, the former president of Rehab Financial, already admitted she stole the money as part of her plea bargain with federal authorities. She could have been sentenced to 10 years in federal prison if she had fought the case and lost.

Exon will also forfeit her assets. She apparently took the money her escrow firm was supposed to hold in trust and used it to buy real estate in Arizona and finance two businesses she owned.

The assets will be liquidated in order to pay restitution to her victims.

Assistant U.S. Attorney Ranee Katzenstein told the Sun Newspapers that she did not know how close the value of the forfeited property would come to the $3.9 million Exon stole  through Financial Rehab.

“This was an escrow company that dispersed the funds for the low and moderate income housing program,” said City Manager David Carmany.

The money came from the federal government and was distributed to cities. Rehab Financial was supposed to pay the contractors who worked on the homes of people who qualified for the grant program.

Exon admitted to taking $481,432 in grant monies from Seal Beach.

Fortunately, neither the contractors that worked on those houses nor the homeowners were financially harmed when the escrow company failed to disperse the housing money.

Unfortunately, the city of Seal Beach was harmed.

According to Mark Persico, Seal Beach director of Development Services, the city took over paying the contractors working on the housing project rather than having an escrow firm do it.

Persico said the city used funds already set aside in the budget to pay the contractors.

“Fortunately, we had in excess of $1 million in unallocaed money in the housing account,” he said.

Rehab Financial, Inc., had been in business for 20 years when the embezzlement occurred. The case came to the attention of the authorities when the firm stopped returning phone calls and a representative of one city found the offices had been vacated.

When Exon finally enters her guilty plea, she is expected to plead guilty to one count of embezzling money from organizations that receive federal funds.