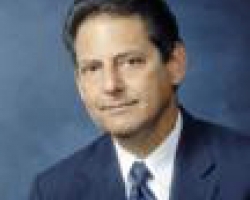 Seal Beach City Attorney Quinn Barrow on Monday, Dec. 13, told the City Council that staff would give the required notice of cancelation to the company that provides the senior Dial-A-Ride service.

Barrow said staff would see if it was possible to suspend the program between now and cancellation of the contract.

Staff was directed to cancel the contract after some residents and a council member raised concerns about the cost of the 40-hour a week Dial-A-Ride program for seniors.

District 5 Councilman Michael Levitt said he was having second thoughts about the program, based on comments made by residents. He said he obligated the city to come up with the money for the program.

Robert Goldberg, a Bridgeport neighborhood resident and activist who watches the city budget, had concerns about the program. “I’m not opposed to enhancing gour services to seniors, especially our disabled seniors,” he said.

However, the contractor would be paid $350 a day even if the city doesn’t use the Dial-A-Ride service. Goldberg said that wasn’t a good way to start a program that the city has not advertised yet.

He pointed out that the contractor provides a cab service and asked why the city couldn’t use that service.

Later, the council approved a budget amendment without the $89,000 to pay for the Dial-A-Ride program.

One question that came up was whether the basketball courts should have glass backboards or aluminum backboards. Councilman Gary Miller said he would support glass backboards if the other council members also supported them.

The three projects are expected to cost the city $27,451, according to Crumby’s report. The council approved the three resolutions in a single unanimous vote.

Staff first requested the authority to refinance the bonds in November.

“At that time, refunding the prior bonds at an estimated 3.77 percent, it was estimated that the City Sewer Enterprise Fund would save $20,000 annually, or about $290,000 net present value,” wrote Robbeyn Bird, director of administrative services and treasurer, in her staff report.

Councilman Miller wanted a minimum benefit to the city in the refinancing paperwork.

Bird told the council that she needed their approval to act.

Based on direction from the council, staff will seek to save $220,000, with a discount interest at less than 4 percent.