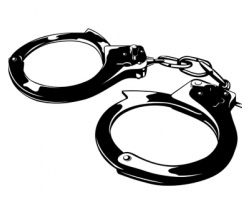 Charges haven’t been filed yet, but Los Alamitos Police Capt. Bruce McAlpine said investigators will ask the Orange County District Attorney to charge two people with burglary, conspiracy and related charges. He didn’t say when the request would be filed.

“The case has not been officially filed with the DA pending further investigation related to the property and locating potential additional victims,” McAlpine told the Sun in a recent e-mail.

“We will be seeking prosecution for burglary, possession of stolen property, grand theft, and conspiracy to commit those crimes on both suspects,” he said.

The story is a bit “convuluted,” as McAlpine put it.. According to the Los Alamitos weekly crime summary for Nov. 28 to Dec. 4, officers received a report on Tuesday, Nov. 30, that two people in an alley were looking in cars and garages.

As a result of this call, officers arrested a 26-year-old Cypress woman for being under the influnce of a controled substance.

She was released that day. She was rearrested Wednesday, Dec. 1, for for burglary, possession of stolen property, and grand theft.

The suspect has since been released on bail, according to Capt. McAlpine.

Her apparent companion on Nov. 30, an 18-year-old Long Beach man, was arrested for possession of drug paraphernalia.

He was released the same day.

During the arrests, officers found property in the two suspects’ possession that the police suspected belonged to someone else. So far, two Los Alamitos burglary victims have been identified.

The fact the police book a suspect on a particular charge does not mean the suspect will be prosecuted on that charge.