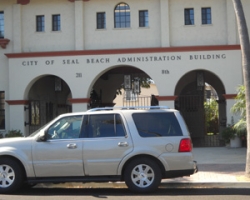 The Seal Beach City Council on Monday, Dec. 8, unanimously appointed Executive Assistant Tina Knapp to serve as acting city clerk.Knapp’s appointment  was part of the Consent Calendar, a group of agenda items that are voted on collectively and without discussion by the council.However, four city residents called on the council to have a public discussion of how the permanent city clerk will be selected and whether the city clerk will answer to the city manager or the council.Last month, Seal Beach voters approved a City Charter amendment that converted the city clerk’s position from an elected one to an appointed one. In late October, shortly before the November election, current City Clerk Linda Devine submitted her letter of resignation after 10 years with the city.According to the Dec. 8 staff report to the City Council, City Manager Jill Ingram plans to start recruiting a new city clerk in early 2015. The report said that Ingram would seek direction from the council about the recruitment and selection process.That part of the report drew concerns from both two opponents and one supporter of the Charter amendment to allow the city clerk to be appointed to office.Bridgeport neighborhood resident Robert Goldberg, a member of the Planning Commission, said the staff report did not discuss the process of recruiting the city clerk or who would supervise the city clerk. He said he was also concerned that the report did not make a commitment to discuss the issue in public.Goldberg had opposed the Charter amendment.Goldberg said that 48 percent of the voters expressed their concerns by voting against the Charter amendment. According to the Orange County Registrar of Voters, 52.3 percent of voters favored making the city clerk’s position an appointed office, while 47.7 percent opposed the change.One person clapped after Goldberg finished speaking.Paul Yost, a former City Council member and another opponent, said the city clerk was the access point to public records. He cited the example of the City of Bell, whose city clerk had testified in court that she gave a member of the public inaccurate information about public employee pay on direct orders of Bell’s city manager. A few people applauded after he spoke.College Park East resident Patty Campbell, another former council member, said she agreed with Goldberg. Campbell had supported the Charter amendment.Campbell said she thought the city clerk should report to the council to preserve the independence of the office. “That is a decision that needs to be made in open session,” she said.Campbell said when it came time to decide who the city clerk should be, that should be discussed in closed session because that is a personnel matter.A few people applauded after Campbell spoke.Joyce Parque said she agreed with Yost and Goldberg. District Four Councilman Gary Miller said he agreed with the citizens who advocated public discussion of the city clerk selection.Acting City Clerk Knapp will begin serving on Dec. 30, when current City Clerk Devine’s resignation goes into effect.According to the staff report, Knapp has completed 50 percent of the training required to become a certified city clerk. She has worked for Seal Beach for two years and has served as deputy city clerk. 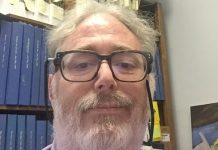 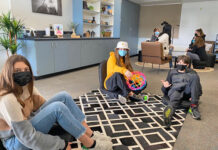