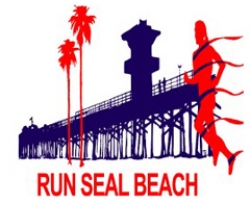 For 43 years, people have been running, walking and focusing on the Seal Beach community every April for the annual 5K/10K and the last few years, the 1K kids fun run. For the last seven years, the familiar voice of Seth Eaker could be heard from his perch overlooking the start line. This year, the “Little Run with a Big Heart” says goodbye to Seth and welcomes a voice from its past, Roger Gilliam.

In October, 2016, Eaker stepped down from his Board position of seven years after helping the new Board members acclimate to their new positions within the volunteer run nonprofit whose charter is to raise funds and awareness for recreation or fitness programs or services to benefit the greater Seal Beach community including Rossmoor and Los Alamitos.

Of his time on the Board and as the voice of the race, Eaker said, “It has been a pleasure to help give back to the community in this way, providing much needed funds for our children and recreation programs. I am proud of the new Board and volunteers, whose hard work and dedication have enabled the race to continue as it has for all these years. Mostly, I am humbled to have served on the board and to have announced the race. Although I will miss it this year, it was time to pass the baton and I know Roger will do a great job.”

Roger Gilliam has agreed to announce at the start and finish lines this year as the “new voice from the past,” as it will not be the first time for this veteran of Run Seal Beach announcing. Roger announced the run in the past was thrilled to accept the invitation to do so again this year.

The run takes a year of planning from the all-volunteer board of directors, an operational race day team and hundreds of volunteers on race day.

Run Seal Beach is one of the largest grant giving organizations in our region. Funds go to a variety of non-profits, particularly in the sports and recreation sector. The entire Los Alamitos Unified School District is the major beneficiary with over 48 percent of the total funds raised over the last twelve years. Other major recipients include the City of Seal Beach recreation department, police, lifeguards and other Seal Beach and Los Alamitos based non-profits. In general, grant recepients range in awards from $500 to just over $8,500.

You may notice some minor improvements this year, including finisher medals and an enhanced sound system, compliments of John Osborn of Alamitos Eye Care.

Race day is Saturday, April 8, 2017 with the Kids 1K Fun Run beginning at 7:30am. The 5K/10K run wave starts at 8am and the 5K walk starts at 8:05am. The race start line is at the Seal Beach Community Center at 151 Marina Drive, Seal Beach, CA 90740. Supervision is provided for children who are registered for the 1K Fun Run at our Kids Fun Zone at the pier area while parents race.

For more information and to register for the event, go to www.RunSealBeach.com and sign up for Apil 8, 2017. Be sure to join us on race day and thank Seth and Roger for their contributions past and present if you see them.