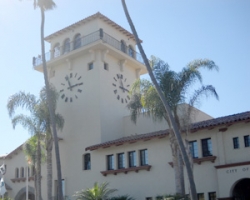 Ellery Deaton and Joe Kalmick are in a run-off election for the District 1 City Council seat.

City Clerk Linda Devine said the ballots were mailed out last week and voters should be receiving them this week.

Ballots must be at the City Clerk’s office, delivered by mail or in person by a resident of the voter’s household, by 8 p.m., Jan. 25.

Devine said voters have until Monday, Jan. 10 to register for the election.

Kalmick is a Main Street businessman and former volunteer firefighter. Kalmick does not have a Web site, but he does have a Facebook page.

Both candidates have answered questions about issues facing Seal Beach and the Old Town area posed weekly by the Sun Newspapers. Their answers may be found at www.sunnews.org.

The special election is necessary because, under the city charger, Deaton fell nine votes shy of the minimum 51 percent-plus-one required to win.

Kalmick garnered the next highest number of votes.