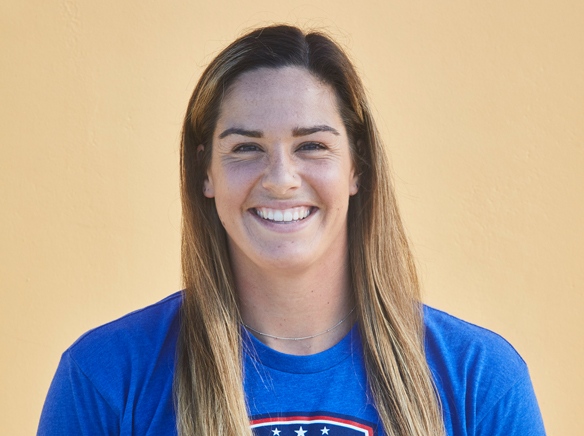 Seal Beach native Rachel Fattal will be in Tokyo for the Olympic games in late July.

Fattal, a Griffin alum, is a member of the USA Women’s USA Women’s Water Polo Team. She’ll be no. 4, as she was in 2016, and she’ll be playing attacker, as she did then.

Fattal and the USA water polo team played against Russia at the William Woollett Aquatic Center (in Irvine) on July 3 and July 5.

The team again won on July 5, defeating Russia by 21-8. According to the team website, this was the team’s 16th straight win for the year.

The team played Russia again at the Joint Forces Training Base on Tuesday, July 6, scoring a victory of 16-5 in their last game before going to Tokyo.

This will be Fattal’s second time in the Olympic Games.

She was 22 when the USA team’s Aug. 19, 2016, victory over the Italy team earned Fattal and her teammates Gold medals.

The Olympics may be in her blood.

She trained with the 2012 Olympic Team in Los Al, according to the USA Water Polo website.

She originally wanted to be a gymnast, then a volleyball player, then “water polo became my life,” according to the USA Water Polo site.

In 2019, she was inducted into the Los Alamitos Hall of Fame.

Fattal is one of many local Olympians, including water polo player Chi Kredell (2000); diver Haley Ishimatsu (2008) and gold medalist for diving Pat McCormick (1952 and 1956).