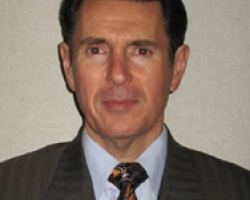 Every year has its unique qualities and 2009 was no different. In the aftermath of the election on incorporation, the district made considerable strides to reinvent itself as the preferred form of local government for the Rossmoor community. The addition of three new RCSD Board members brought new personalities to the Board. This new leadership and chemistry quickly transformed itself into an innovative group with an even more expansive sharing of responsibility.

The Board’s Finance Committee, the only standing committee of the Board, was reconstituted into the budget, investment and audit committees. This change focused the attention of respective committee members on these three important aspects of the district’s finances. Given the volatility of the economy and the state’s financial meltdown, this novel approach has proved to be a stabilizing element in a sea of uncertainty.

Thus, the district remains mindful of its fiduciary responsibility as custodian of the community’s treasury. While interest rates have fallen, the diversity of the district’s portfolio continues to provide a significant portion of total revenue. Another fiscal anomaly occurred this year with the suspension of Proposition 1A; a measure approved by the electorate to protect local government revenue from takeaways by the state. However, due to a loophole in the legislation, the state legislature suspended the measure and “borrowed” close to $2 billion from local governments. The amount taken from the RCSD was $70,800, to be repaid in three years at 2 percent interest. That amount will be treated as a three-year investment that should not hinder the operation of the district and provide a modest return on investment consistent with today’s interest rates.

As a result of the failed incorporation initiative, efforts to maintain larger financial reserves have been redirected. The district is now paying greater attention to deferred maintenance and upkeep of district facilities. Major capital improvements to the Rush Park Auditorium were undertaken, including: replacement of the central HVAC system, installation of new lighting and sound systems for greater utilization of the facility by the Board and the community, replacement of worn out chairs, painting of the interior and re-roofing of the building due to leaking, but also in anticipation of a future solar panel installation.

Rossmoor Park also received much needed attention. The Board approved the remodeling of the Community Center that was recently completed. Improvements included rehabilitation of the indoor and outdoor restrooms, new cabinetry and appliances in the kitchen, replacement of the entrance doors, relighting of the interior, painting, carpeting, electrical and security upgrades as well as other cosmetic improvements. The building has now been brought up to current building codes and ADA requirements. Additional parkway lighting for safety was also installed.

More modest improvements were made to the district’s Montecito Center facility. A new A/C unit was installed and the deteriorated wooden perimeter fence was replaced with chain link. Other projects will be considered in the coming year.

Recreation programming is also an important element of the district’s responsibilities. Staff has been busy working with neighboring cities to identify and enhance activities for our residents with collaborative rather than duplicative programming.

Work is underway to institute a shuttle service for seniors to encourage and ease participation in activities within our community, including Los Alamitos and the Los Alamitos Hospital complex. This service would be funded by OCTA.

Also, the introduction of a reservation of select picnic areas has been met with enthusiasm by the community. Picnickers no longer need to stake out picnic areas at the crack of dawn by simply obtaining a low cost permit.

A major issue for the community was brought about by Orange County’s proposal to migrate from manual refuse collection to an automated system. The district responded by holding two public hearings and other meetings to give residents a forum to express their preferences.

The Board also created an ad hoc committee composed of two of its members, two RHA members and two community members to examine the available options. While the decision to automate was made by the county, and not the community, several accommodations were secured by the district from Rossmoor’s refuse hauler, CR&R, to better facilitate the transition.

Other issues affecting the community included traffic and pedestrian safety, street sweeping, public safety response time, and emergency preparedness. All but street sweeping is in the purview of the county, but the district is working in cooperation with the RHA in addressing these matters with the appropriate county agencies.

Street sweeping is being affected by the elimination of the community  services officer position (ticket writer) in the Sheriffs Department. At the same time, a large rate increase in the bail schedule for street sweeping is being proposed by the county. The district will track this matter closely and attempt to address future issues.

With regard to ongoing operations, the district’s main focus continues to be the community’s urban forest. The district’s arborist (WCA) has completed a survey of all of our trees.

We now have an updated inventory of those trees by species and individual condition. Results indicate that our urban forest is aging and many trees will need to be replaced in the not too distant future.

Our annual planting cycle to replace dead, diseased and declining trees is currently keeping pace, but additional resources will likely be needed in order to maintain our current tree population’s health and stability.

A workshop with the district and the community has been scheduled for Feb. 9, 2010 to discuss in depth, the state of our urban forest.

Looking ahead to 2010, there is some evidence of an improving economy. The district’s Board and its staff will remain vigilant, however, to the ever-dynamic fiscal environment which confronts us.

The district and the community of Rossmoor are indeed fortunate that in spite of the turmoil around us, Rossmoor remains fiscally sound, enjoys a high quality of life in one of the greenest and most livable communities in Orange County and continues to retain its fiercely independent character.

Greater community involvement with the district will help ensure that Rossmoor remains a community of choice.

Alfred A. Coletta is board president of the Rossmoor Community Services District. This column was taken from Coletta’s Tuesday, Jan. 12 “State of the District” presentation to the RCSD board of directors meeting.