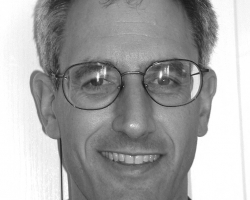 People get frustrated when they hear of governmental policies that appear to be illogical, nonsensical, or counter-productive.  In most cases, there is nothing that the average citizen can do except to become ever more cynical.

I still hold out hope that things can be different in Seal Beach, our little “Mayberry-by-the-Sea.” Along those lines, I have asked our city manager to review a policy that mandates that “impervious parkways” be replaced with sod when local streets are repaved.

The “parkways” that this policy refers to are the city-owned strips of land between the curbs and the sidewalks in front of homes.  “Impervious” refers to surfaces such as concrete or mortared bricks that cause rain water to run-off into the streets.

This issue is now front and center in Old Town as 105 residents were notified recently that the impervious parkways in front of their homes would be replaced with sod when their streets are repaved early next year.  This proposal and the street repaving project will be presented for approval to the City Council on Jan. 11.

The basic reasoning behind the sod requirement is that rainwater run-off adds to the  risk of flooding, while rainwater absorption recharges groundwater supplies. Water in street- bad; water in ground- good. I get this part.

The problem is the sod. Sod requires a lot of water (that is drinking water, not rain water) to stay green at a time when water supplies are dwindling.  Governor Schwarzenegger just signed a mandate that requires reduction of residential water use by 20 percent over the next 10 years. In response, cities, including Seal Beach, are passing ordinances that restrict when, what, and how you and I can use water.

Water is also becoming more expensive, fast. The Metropolitan Water District raised the city’s cost of imported water by 14 percent in January 2009, and will be raising it again by 19 percent next month. While residential water rates will not be going up (because the city has apparently been overcharging us for water for years—stay tuned for another column), the city already uses more than it’s annual allotment of imported water, and pays almost $400,000  in annual penalties.

There is an alternative that I asked the city manager to consider—sanded decorative pavers. While not as porous as sod, I would think this surface is pretty close. Given that no drinking water is wasted on their maintenance, I would guess that that sanded pavers are overall more water “responsible” than sod.

While it is hard to deny the beauty of sod, decorative pavers can be attractive also. Take a look at the pavers the city has already put in on Main Street or Bolsa Avenue near the Pavillion’s Center.

After a few weeks and repeated e-mails, I finally did get a response from the city’s Public Works director. He confirmed that non-grouted pavers are acceptable from a water management perspective. However, in regards to the upcoming Old Town street project, residents wanting pavers would need to get an encroachment permit and pay the full cost of installation. In advance.

Ironically, several of the 105 homeowners already have sanded pavers. The city is planning on tearing these out. Even the beautiful artificial turf in front of the home at 400 Central Ave. is on the hit list. Why should these residents be forced to get an encroachment permit just to keep the surfacing that they already have?

Please, Mr. City Manager, please don’t make a cynic out of me! Why can’t we just give residents a choice? Pavers or sod? And come on, let’s not start tearing out artificial turf.

Dr. Robert L. Goldberg is a resident of Seal Beach.