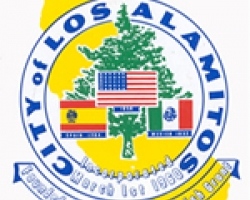 The council approved an ordinance extending the moratorium on excavation once city streets are paved, resurfaced with an overlay, or slurry sealed from three to five years. City Engineer Dave Hunt said the extension of the moratorium will enable streets to last longer and save the city money.

“It will also force utilities to do better planning,” Hunt said.

During an Aug. 2 council meeting, a presentation was given regarding construction standards on the streets.

The original moratorium was enacted after a study concluded that the life of streets is longer when excavation and patching are not done within five years after repaving, which degrade the structure of the surface as a whole.

Many city streets have been their entire width paved or resurfaced over the last five to six years, including Carrier Row and the Highlands over the last two years or so, according to a staff report.

Hunt said the city prohibits loose rock, gravel or decorative stones in the parkway of any city street, not pertaining to existing gravel parkways.

After taking a tour of the city, many residences were found to have between 75-100 percent landscaping (consisting of grass and a few plants).

Hunt had proposed a few changes to the code to better meet the needs of landscape aesthetics, water conservation and resident requests. Hunt’s suggestions included allowing bricks, brick pavers and flagstone, not allowing artificial turf in the parkway (having it in the regular lawn area is acceptable) and keeping ground cover and shrubbery to less than 18 inches in height.

Hazardous plant material (cactus, roses and other thorn bearing plants) would be unacceptable. Existing parkways would be grandfathered in, Hunt said

Council member Troy Edgar questioned whether grandfathering existing parkways in was a good idea.“With everyone grandfathered, where’s the change coming in?” Edgar asked.

He also asked what the council’s top priority was in making the change and if it even had one.

“I don’t believe this is comprehensive enough for what we want to achieve,” Edgar said.

Council member Gerri Graham-Mejia suggested allowing artificial turf in the parkways and wanted to see a consistency in the neighborhood and less of a mix and match scenario.

Mayor Marilynn Poe said she was also not in favor of grandfathering, but said an ordinance shouldn’t be enacted if the city couldn’t enforce it.  The council decided to give staff more information on what they wanted and sent the issue back to the Planning Commission for further work.