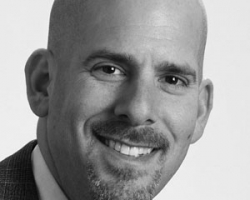 Public school funding is on the chopping block again for next year.  The governor and legislators in Sacramento have begun the summer dance to patch together a budget in extraordinarily difficult economic times.

Too often, this scenario leads to further reductions to public education in a state that already ranks near last in per-pupil spending in the country.  Teachers, board members, administrators and parents of the Los Alamitos Unified School District hope that the state budget solution does not balance on the backs of students.

In the past two years education funding has been slashed. The Los Alamitos Unified School District has lost almost 20 percent of its state funding.  This has led to dramatic reductions in staff, materials and other support.  Class sizes have increased and the school year has been shortened.

In addition, the state has deferred approximately 25 percent of their payments from this fiscal year to next year—in essence making themselves a loan of our funds.  This does not cause our district too much trouble this year because Board Members have been good stewards of our public funds and the district has a reserve.

However, a 25 percent deferral next year will begin to cause cash flow issues in the district where we have our own payroll and contracts to meet.

In the Los Alamitos Unified School District, we take care of business—even as the state flounders.  Student achievement continues to go up.  Competitive athletic teams continue to vie for championships.  The arts are alive and well with students gaining national notoriety.  This achievement continues because the adults in the district (staff, parents and community members) rally around students.  Staff has agreed to take unpaid work furlough days.

Parents continue to be incredibly generous to their schools through donations of time and money.  Community members sponsor numerous events and student activities.  Let’s ask the same from Sacramento.

Even without money, there are steps that Sacramento can take to help schools.

The following list has been shared with our local legislators who represent us in Sacramento:

1. Remove all strings from state funding.

Too much of the district’s funds are tied to special projects – even while we are forced into increasing class sizes and shortening the school year.

Allow the locally elected school board to determine the most appropriate expenditures of all funds.

Too often, Sacramento comes up with new activities that schools are mandated to do, but provides no new funding to pay for them.  Relief from existing unfunded mandates would allow local districts to focus on our core mission of educating students.

In Los Alamitos Unified School District, we are all doing our part. Let’s get Sacramento to do theirs. Go Los Al!

Dr. Jeff Barke is president of the  Los Alamitos Unified School Disrict Board of Trustees