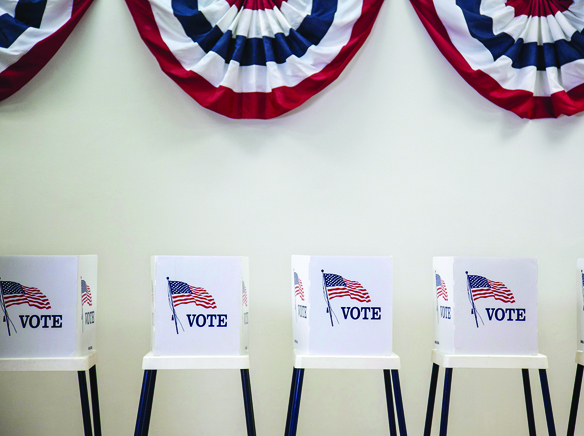 The ballot is set for the March 9, special election for District Two Orange County Board of Supervisors. The seat was vacated by Michelle Steele after she was elected to the 48th District Congressional seat in the November election.

Five candidates filed to run for the seat, which will serve the remainder of Steele’s term until 2022.

They are, in alphabetical order:

Republican groups are split in their endorsements of candidates, as the Republican Party of Orange County is throwing it support to Moorlach. The OC GOP released a statement condemning Vo and Muldoon for entering the race. The OC GOP sees Foley as the strongest democratic candidate and stated that Moorlach is the best chance for Republicans to retain the seat that was vacated by Republican Michelle Steele.

the candidacies of Muldoon and Vo. Every dollar given and every door walked for

those campaigns works to elect Katrina Foley,” the OC GOP said in a release.

The statement also noted three other Republican candidates who dropped out prior to the ballot being finalized, calling it selfish for Vo and Muldoon to stay in the race. Vo, who is endorsed by current Supervisor Andrew Do, responded by noting that the OC GOP should be ashamed for calling him selfish, saying that he is simply a refugee turned public servant.

Foley looks to be the leading democrat, but could be challenged by Rappaport, an international tax attorney, who got into the race late. Foley has the backing and endorsement of a large group of democrats, including the Democratic Party of Orange County and several local representatives, including Congressman Alan Lowenthal and State Senator Tom Umber.¬

Rappaport is leaning on her expertise in law, taxes and finance as major qualifications to represent the 2nd District and run the county efficiently.

“I can manage a budget and dig in to numbers to see where there are inefficiencies or improvements to be made,” she states on her website.