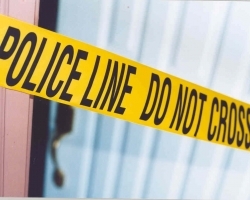 A rape apparently occurred in Rossmoor in March.

A spokesman for the Seal Beach Police department said the case was referred to the Orange County Sheriff’s Department.

Seal Beach Police received a report on Tuesday, June 8 that a 15-year-old girl had been raped during the first week of March, according to the Crime Log for Tuesday, June 8.

Bowles said the case was referred to the Orange County Sheriff’s Department.

No further information is available at this time.

His primary mission will be to maintain the day-to-day operations of the JPA and to initiate a personnel search for a permanent administrator, according to a press release issued by Seal Beach Police Chief Jeff Kirkpatrick.

The board of directors (made up of council members from the three member cities) hired Phillips at the board’s regular meeting.

“The West Cities Police Communications Center (West-Comm) is an agency formed by a Joint Powers Agreement between the cities of Cypress, Los Alamitos, and Seal Beach  with contract dispatch service provided to the Orange County Parks Rangers,” according to the Web site www.west-comm.org.

WestComm is headquartered in the city of Seal Beach.

Philips started his public management career in 1974 as a planning technician in South El Monte. In 1975 he became a planning assistant and in 1976 he was appointed director of Planning. In 1977 he left South El Monte to accept the city administrator position in Lowell, Ore.

He left there in 1978 and spent about a year doing private sector work. In March 1979 he returned to South El Monte as the city administrator. In 1981 he went to Hawaiian Gardens as the assistant city administrator, and in 1983 he was appointed city manager in Lawndale where he served until 1988.

In 1990 he was recruited to be the Artesia city manager and served there for 10 years before moving to the Covina city manager post in 2000.

He left Covina in September 2008 to take his most recent post as the interim city manager in the city of Maywood.

A Cerritos resident, he has a bachelor’s degree in government from Chapman University in Orange and a master’s degree in public administration from the University of La Verne.

Vehicle Burglary Reported—8:20 p.m.—17th Street—The crime occurred between 11 p.m., Sunday, June 6 and the time of the call to police. Loss: glasses and two checkbooks. The vehicle was unlocked.  No report desired.

Vehicle Burglary Reported—8:23 a.m.—17th Street—The crime occurred sometime between Friday evening, June 4 and the time of the call to police. The vehicle was unlocked.  No report desired.

Vehicle Burglary Reported—8:28 a.m.—16th Street—The crime occurred between 9 p.m., Sunday,June 6 and the time of the call to police. Loss: an iPod cord and $30. The vehicle was unlocked.  No report desired.

Burglary—12:52 a.m.—Main Street—The caller, a passerby, called 911 on a cell phone to report hearing loud barking, breaking glass and the sounds of objects being smashed. The caller said two males left the location. That was the extent of the description in the log. A police K9 unit was unable to pick up a scent of the suspects near the scene of the crime. Report taken.

Arrest—2:43 p.m.—Ocean Avenue—A man was arrested for violating his parole by police unit 117. According to the log, his name was Bruce Matthew Jensen, 45.

Suspicious Occupied Vehicle—9:59 a.m.—Coastline Drive and Balboa Drive—The caller reported a Hispanic man, 40-45 years old, driving around the neighborhood in a pick up truck. The caller observed him while she was leaving her residence and thought he was casing the neighborhood in preparation for a burglary.

Police unit 113 contacted the man in the pick up. He was simply lost. Assisted.

Fraud Report—12:16 p.m.—Pacific Coast Highway—The caller sold $458 worth of products to a customer and received a bad check in payment. Report taken.

Follow Up Investigation—4:55 p.m.—Seal Beach Boulevard—Shortly after a woman’s purse was snatched, someone started using her credit card at a casino in Hawaiian Gardens. Seal Beach detectives arrested Glenda Hubbard, now 54, for violating Penal Code 368, section D, financially abusing a senior citizen. Hubbard was arrested a week before her birthday.

According to the Orange County Sheriff’s Department Web site, Hubbard was released on her own recognizance.

Residential Burglary—10:50 a.m.—Avalon Drive—The caller was checking the home of a friend who was out of town when the caller noticed that screens had been removed from the windows. Police unit 113 confirmed that a residential burglary had occurred.

He was apparently collecting sea shells.

He was interviewed in the field.

Disturbance—9:21 a.m.—Church Place, Mutual 1—The caller said a black man was asking for money at the church. The caller said Leisure World Security had already asked him to leave several times and the man refused to co-operate. According to the caller, he was hostile toward the caller and to Leisure World staff. Police unit 111 contacted the man. He was interviewed in the field.

Illegally Parked Vehicles—8:25 a.m.—Florista Strett—Two cars were parked in front of a residence without proper permits.

Disturbance—7:46 a.m.—Blommfield Street and Katella Avenue—A man was upset with the way crossing guard was doing his job. The man was gone by the time a police officer arrived.

Disturbance—3:09 p.m.—Howard Avenue and Noel Street—According to the caller, a woman in the alley was yelling at a man for being too loud.

The man said he was walking home and hadn’t made a sound. Officers were unable to locate either person.

Reckless Driving—9:08 p.m.—Kempton Drive and Reagan Street—Several vehicles were blocking traffic as they went up and down the street. When officers arrived, they were told offending drivers had left the area.