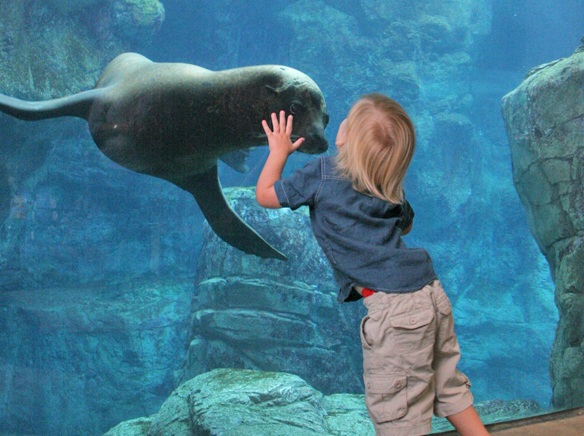 Who knew that when the Aquarium of the Pacific opened its doors twenty years ago this summer, that it would eventually become one of the most visited, most innovative oceanic institutions in America.

Now ranked 4th in the USA with 1.7 million visitors per year, the aquarium has envisioned much more than a visit to see a Pacific ecosystem as part of its mission as it also becomes recognized for its innovative integration with marine science and oceanic knowledge.

“With each passing year, the Aquarium of the Pacific builds on its position as an institution unlike any other,” President and CEO Jerry R. Schubel, Ph.D. noted in the nonprofit’s most recent annual report.

Let’s face  it. Accurately replicating even a tiny portion of the Pacific Ocean has been a herculean task. The world’s oceans cover more than 70 percent of the earth’s surface and the Pacific itself covers more than 60 million square miles with an average depth of 13,000 feet, so figuring out what to showcase has not been easy.

So massive are the world’s oceans, in fact, that scientists estimate that under the surface of these winding canyons, mountain ranges, jagged edges and coral ecosystems, as much as 80 percent remain unexplored by man. Remote exploration devices are now able to go where man alone could not for generations, so with each passing day, more discoveries are being made and the excitement continues to build.

With more than 100 exhibits, including 12,000 animals, 600 species and 50 unique displays, Schubel said in addition to being a top aquarium, AOP is also recognized as a leader in using its own technology network to make a huge contribution to oceanic knowledge around the world.

Even as they open the doors daily to an intricate network of overland and undersea exhibits that brings visitors face-to-face with the vast Pacific ecosystem, the aquarium is also “laying the groundwork for an entirely new platform for diverse marine sciences,” said Schubel.

Among the many innovations for the most recent year, he said, were “many new species” of sea animals that were being “exhibited for the first time,” including, among others, two grey reef sharks, a tufted puffin chick and three penguins (Cleo, Dee and Dolly).

Moreover, the AOP has developed a working partnership with the National Oceanic and Atmospheric Administration and has sponsored many forums and educational events with top marine scientists. This year alone, the aquarium produced two new shows for NOAA’s popular “Science on a Sphere” series and is focused on “connecting the public with ocean science.” In addition, they offer public classes on specific topics in its “aquatic academy.”

According to top websites, the Aquarium of the Pacific is considered a leader not only in overall visitation and scientific innovation.

As the national conversation switches to climate over the next few years, the institution has also built an impressive network of scientists, oceanographers and others to become a valuable oceanic authority in preservation of oceans, sea life and climate.

In just this short span of twenty years, the AOP has risen from an idea to a leading national aquarium.

Perhaps there are many reasons for the aquarium’s strong performance over two decades, but one of them may be the fact the Aquarium of the Pacific was actually built in an area that was once connected to the Pacific Ocean.

According to AOP’s website, the five acre site on which the complex now operates, was not acreage at all but was part of the bay when the project was envisioned. With landfill and a plan, the Aquarium opened in the summer of 1998 across from the convention center and has been an anchor attraction ever since.

Once inside the aquarium, visitors are greeted by a giant, mounted 88-foot-long blue whale, complete with calf, that hangs from the aquarium’s large lobby. In the sea, a whale of this size would eat 8,000 pounds of krill (small fish) at every feeding.

The aquarium offers more than 10,000 square feet of themed exhibits such as Explorer’s Cove and another exhibit called Shark Lagoon, supporting more than 150 sharks and sting rays. Then there is a 3,200 sq. ft walk through of Lorikeet Forest  among many attractions, including southern, northern and tropical pacific galleries.

“The culture here is very unique,” says aquarium interpretation manager Staci Wong, who has been with AOP for 12 years. “There’s always something new,” she said, “and that keeps it exciting.”

Not only does she marvel at the public’s reactions to the exhibits, but she says it is also fun to hear the reactions as visitors learn how hard it is to keep this massive ocean ecosystem functioning every day.

Behind the scenes at the aquarium reveals the massive operation to keep up with the animals; their  health, feeding them, etc. It takes 2,000 staff and volunteers to administer all of the exhibits, tours, lectures and other activities that AOP now offers. And, of course, there is water quality, animal husbandry and more.

Yet, says Wong, it is “truly worth it.” With one and one-half million gallons of various underwater exhibits, the aquarium has managed to encase a multitude of regional highlights ot the Pacific, each tank properly planted or painted to highlight the region’s fish and marine ecosystems of the Pacific. They localize exhibits as well, as one tank presents a collection of coral and fish associated with Catalina Island, an ecoparadise located 22 miles off the California coast.

Says Wong, once visitors gaze into the tanks and “get a peek at the ocean, the questions begin.” Visitors ask about “almost anything,” but she says they most often wonder out loud, asking questions like “the size of a fish’s mouth, how long they live and how much do they eat,” said Wong.

After all, she said, in few other places can a human literally stand in comfort to witness the fantastical wonders of the sea, so questions are always welcomed, said Wong. “We learn too,” she added.

The marine biologist says she works with the AOP team with a goal of creating a “friendly and truly memorable experience” for the visiting public. She often interacts with visitors to learn from them what they enjoy most.

“They (visitors) always learn something new,” says Wong, adding that visitors are “very knowledgeable” and want to learn more.

That’s why Wong says the AOP association with NOAA is so valuable. It allows some aquarium staff to remotely participate on exciting research dives by the agency’s “Nautilus” exploration vessel so, they too, can learn and pass this exciting knowledge on to visitors through programs and tours.

With more than 100 exhibits, Wong said people seem to enjoy all parts of the aquarium, though some more than others. Among the perennial favorites, she said, are the sea lions, seals and sea otters. “People love the mammals,” she added.

In just two decades, the AOP has managed to utilize dedication and technology to harness some of the amazing wonders of the Pacific. The institution has also created a top marine science educational platform and attracted hundreds of supportive donors who believe in the mission.

The nonprofit generates more than $60 million annually and is able to support itself with less than five percent of its income from other governmental sources, according to their annual report.

“Our 20th Anniversary highlighted the special place the aquarium holds in so many people’s lives,” said Schubel. He said the institution  has collected many stories of young visitors or interns who have gone on to careers in the sciences and several staffers who have been there for the entire span of twenty years.

Schubel said the aquarium would “not be where it is today” without its dedicated staff as he looked forward to the next twenty years.

According to Schubel, the aquarium will continue to “challenge our visitors to examine human impact on our ocean planet and engage in choices to reduce that impact.”

Indeed, an institution unlike any other. For more info, visit www.aquariumofpacific.org. 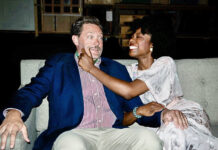 Noises Off returns from long intermission 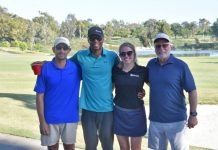 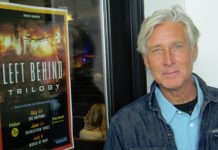