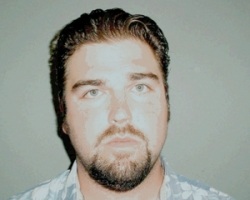 A Costa Mesa man was murdered at the theater at the Joint Forces Training Base in Los Alamitos on Friday, May 21, according to the Costa Mesa Police Department.

“”The FBI, Costa Mesa Police, and Long Beach Police are continuing to conduct a joint investigation as a result of civilian criminal activity on JFTB,” said Laura Herzog, a civilian community/public relations employee of the base.

“It is inappropriate for me to comment while there is an on-going investigation,” Herzog said.

Costa Mesa Police have arrested a suspect, Daniel Wozniak, 27,  another Costa Mesa resident, for the murder.

The Costa Mesa Police Web site said Wozniak is being held without bail.

However, the Orange County Sheriff’s Department Web site said his bail has been set at $1 million dollars.

The sheriff’s Web site also said Wozniak was scheduled to appear in court on Tuesday, June 1.

However, the Orange County Superior Court Web site said there were no hearings scheduled in the case.

According to the Orange County Register, the victims’s torso was found in a seldom used part of the theater on the military base on Thursday, May 27.

While the theater has not been identified by name, there is only one on the base: Liberty Theater.

Since that time, LBPost.com has reported that local authorities found the victim’s head and limbs in El Dorado Park in Long Beach.

According to a statement posted on the CMPD Web site, Herr and his murderer went to the theater at the Joint Forces Training Base on Friday, May 21. There, Herr was shot and dismembered. The murderer then took part of Herr’s remains to El Dorado Park.

On Saturday, May 22, Herr’s father went to his son’s apartment in Costa Mesa. There, he found the body of Irvine resident Juri Julie Kibuishi, 23.

The Costa Mesa Police suspected the murder might have been sexually motivated.

Costa Mesa Police, unaware that Samuel Herr was dead, issued a press release on Wednesday, May 26, that identified Herr as a suspect in Kibuishi’s murder.

“As part of the ongoing investigation, detectives learned that ATM withdrawals were being made with Herr’s ATM card at various locations in Long Beach,” said a more recent Costa Mesa Police press release on the case.

“Detectives conducted surveillance and detained and arrested a 17-year-old juvenile in regards to the investigation,” said the CMPD release.

The release went on to say that Wozniak was identified as the person who gave Herr’s ATM card to the 17-year-old.

Costa Mesa Police arrested Wozniak in a Huntington Beach restaurant. Police did not volunteer the name of the restaurant.

“After leaving the park, Wozniak began to use Herr’s cell phone to text message Kibuishi and arrange for her to come to Herr’s apartment,” said the CMPD press release.

The next day, Saturday, May 22, Kibuishi went to Herr’s apartment. She was shot dead.

According to the Costa Mesa Police the person who shot Kibuishi then partially removed her clothing, apparently to make the crime look like a sexual assault.

“With the new information, the Costa Mesa Police Department initiated searches at the Los Alamitos Base and El Dorado Park with the assistance of the Long Beach Police Department and FBI,” the CMPD release said.

Costa Mesa Police say there is no connection between the base and any of the people involved in the two murders.

However, according to the Orange County Sheriff’s Department Web site, Wozniak gave his occupation as “actor” when he was arrested on an unrelated matter on May 14. Southern California Public Radio station 89.3 KPCC identified Wozniak as a community actor.

When he was arrested on May 27, he gave his occupation as sales.