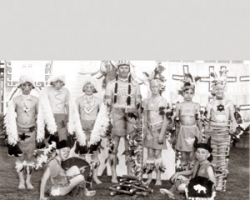 One of the beautiful things about Seal Beach is that there are as many stories as there are people who have breezed through its streets, wind whipped with ocean breezes—from the days of the native American settlements to the days of the farmers that discovered a natural port called Anaheim Landing.

Yes, even the rum runners and brothels of the bygone days are as much a part of the town’s history. There are many tales from the birth of the surfing culture to the city’s transformation to a family-oriented and one of the most desired places to live on the west coast of these United States. At the Sun Newspapers we like to think we make the best reasonable attempt to share as many of those stories with our readers—for whom this paper is created each week.

Now the city is coming upon its 95th birthday. It will occur in October of this year, 2010. Some folks say this is just a warm up for the city’s 100th anniversary that remains five years away. However, from what I have seen, there are many people that seem excited about this year’s 95th  celebration for our “Mayberry By The Sea.” As life goes on, we just never know—will we still be here for the 100th anniversary? None of us knows, do we? Perhaps it’s such doubt that inspires people to good things. With that in mind the Sun Newspapers is reaching out to its readers to join with us in a celebration of the city’s past—whether it be glorious, or notorious.

We ask you to get involved. Reach me by e-mail to dennis@sunnews.org.