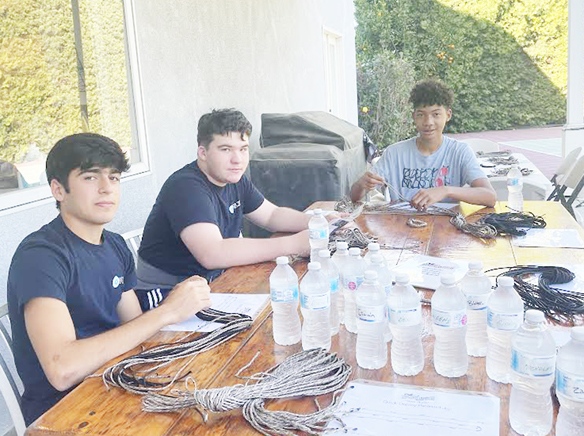 Several young men from the class of 2024 South Coast Chapter of The National League of Young Men participated today in a group event they organized themselves for Operation Gratitude to honor Veterans, first responders and current service personnel. The young men made parachord bracelet gifts as part of the Operation Gratitude outreach program. 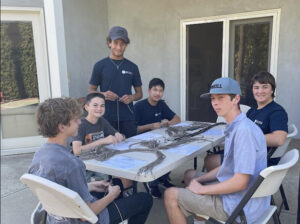 This is a cause especially close to the young men’s hearts with the joint forces base being right here in our back yard. The National League of Young Men is a mother-son non-profit organization dedicated to inspiring young leaders through community service, leadership training, cultural experiences and protocol education.

In March 2003, Operation Gratitude sent its first four care packages to deployed service members in Iraq. Since then, the nonprofit has successfully provided opportunities for millions of Americans to express their appreciation through hands-on volunteerism and has lifted the spirits of more than 3.3 million deployed troops, recruit graduates, veterans, military families, first responders, and healthcare heroes.

Operation Gratitude is one of the largest and most impactful nonprofits in the country for hands-on volunteerism in support of military, veterans, and first responders, offering volunteer opportunities for every American to express their appreciation to all who serve and protect our nation.