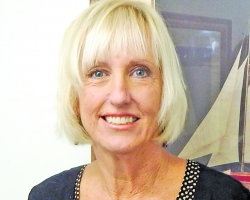 I’m a collector. To some that also means hoarder, but they are distinctly different obsessions.
I used to think I came upon my collecting habit by chance, but during a recent meditation walk along the beach I realized that my father – who gardened and created Bonsai plants – was also a collector. How else could I describe the hundreds of Bonsais in our suburban backyard?
The first collection I remember was plastic horses. Other girls played with dolls, I had plastic horses. Later that led to a lifetime love of real horses, and eventually I owned my own horses. But that’s another story.
Next I collected Nancy Drew mystery novels. I would read each immediately when it came out. I learned the publication dates after I befriended the bookstore employees and would be waiting outside the door when they opened to get my hands on the latest girl detective mystery. This was the 1950s, after all, and girls were told their future occupations were housewife, nurse, secretary or, just maybe, teacher.  Detective was just plain exotic.
Later I collected a myriad of things. My high school girlfriend Ginny Vail collected decorative eggs, so I did, too. She also began collecting antiques – this was “back in the day” when they were found in barns and at flea markets. I started collecting antiques too, and once I realized I could sell them for more than I paid for them, it was game on. Kind of addictive, that hobby. Once I was at an auction and bought five antique high chairs (each one was better than the last) and my youngest child hadn’t used a high chair in years.
Later I collected Day of the Dead memorabilia (that collection was sold at a garage sale when my husband pronounced it “creepy.”) When Pope John Paul II toured America I began collecting all-things-Pope. Did you know they sold “Pope-soap-on-a-rope?” Remember soap-on-a-rope? But I digress.
A more recent collection is Buddhas. Statues, pictures, figurines. You can never have too many Buddhas, right? In fact, I always thought that would be a great name for a band: Too Many Buddhas. You’re welcome.
I also collect seashells, which is the reason for this column and it took a heck of a long time to get to the point, don’t you think?
I know I can buy seashells at a number of shops in Seal Beach, but part of the magic of collecting is the thrill of the hunt. It’s finding them, picking them up, examining them and putting them in my bag to take back home to rinse off and display. Because what’s the point of a collection if you can’t display it?
And therein lies the problem. I have shells in the bedroom, shells in the kitchen, shells in the patio and shells by the front door. In the back I have two birdbath/fountains filled with shells. There are shells in my office here at the Sun and coffee cans full of shells that I’ve hidden from my husband.
I fully intend to make some craft with all these shells, but the truth is, I think crafts made of shells are tacky. I did make a Christmas wreath with oyster shells I collected here, but I had to put it away after the holidays were over.
I’m thinking of taking flower pots and gluing shells on them and then grouting between the spaces, but if I’m honest I’ve been thinking of doing that for more than a year, and no flower pot covered with shells has magically appeared.
So, no more room to display shells and nothing to make with them means I’m done, right?
You can probably guess the answer to this one. In fact, today’s low tide was shell gathering heaven. I picked up at least 50 this morning alone.
Does anyone want any shells? I have more than a few I can spare.