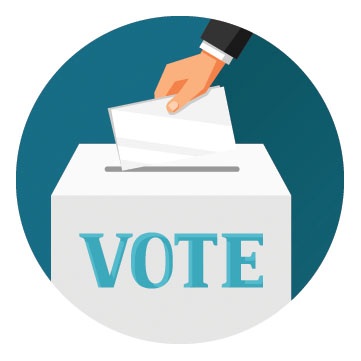 California wants your help drawing its next electoral map.

The state is seeking people to serve on the 2020 Citizen Redistricting Commission, an independent 14-member board in charge of drawing district boundaries. The deadline to apply was recently extended to August 19.

Commission members are tasked with drawing the lines of California’s Congressional, State Senate, State Assembly and State Board of Equalization districts using data from the upcoming 2020 Census. (The boundaries for City Council and other local government districts are not drawn by the Commission).

To be eligible you have to have been a registered voter with the same party or no party preference for the past five years and you had to have voted in at least two of the last three statewide general elections.

Also, you are ineligible to serve if you or an immediate family member has been appointed or elected to, or a candidate for, a state or congressional office, worked with a party or campaign, donated more than $2,500 to campaign in the last ten years or worked as a lobbyist.

“This is your chance to become part of creating fair and transparent district boundaries that serve the best interests of the people of California,” reads the website for the Commission, shapecaliforniasfuture.auditor.ca.gov, which has more details on requirements.

Most U.S. states allow state lawmakers or political appointees to determine district lines which has resulted in cases of gerrymandering – the process of drawing district boundaries to give unfair advantage to one party or to dilute the voting power of a minority group.

In 2008 and 2010, California voters passed initiatives to task an independent Commission with the job of drawing district boundaries.

The next commission will have five Republicans, five Democrats and four other members who are either registered with no party or are with another smaller party. Commission members can be paid $300 “for each day a Commissioner is engaged in Commission business.”

So far 17,391 people have applied for the Commission and most are from Southern California coastal areas, are Democrats and are white, according to data published Tuesday, August 13 by California State Auditor Elaine M. Howle’s office, which is overseeing the establishment of the Commission.

There have been 1,235 applicants submitted from Orange County.

In a press release from August 5, Howle wrote of her reasons for extending the deadline to Aug. 19. “It is clear to me that for the last week we have seen a significant increase and with every passing day we are getting a broader application pool that is more and more representative of California’s diversity.”