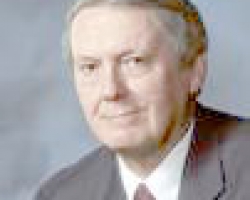 Director of Administrative Services Robbeyn Bird on Monday, Aug. 9, told the Seal Beach City Council that this fiscal year’s revenues are expected to exceed expenses by $503,700. Bird, who is also city treasurer, said the city’s reserve—its “undesignated fund balance”—is projected to be $4,548,389.

Staff projections for the fiscal year had not always been so optimistic. District 4 Councilman Gary Miller had requested the budget review at a previous council meeting because staff had told him the city was looking at a shortfall.

“Initially, Administrative Services projected expenditures exceeding revenues by approximately $600,000,” Bird wrote in the staff report. “This was due to the decline in the economy resulting in a decline of revenues. The largest declines were in sales tax, interest and the utility user’s tax.”

Bird told the council that staff had not yet closed the books on fiscal year 2009-2010. That meant the figures she gave were projections and would not precisely match the actual figures when the finance department closed the city’s books. “I’m good, but I’m not that good,” she said.

As Bird, a certified public accountant, gave the council a PowerPoint presentation on the budget, she rounded off figures. She said projected revenues would be $26.6 million and expenditures $33.7 million.

Bird pointed out that the council approved budget amendments during the year that totaled $396,100.

She said the city also postponed purchase orders until next year.

Bird said the city was going to monitor revenues and expenses, make no contributions to the vehicle replacement fund and re-negotiate contracts with vendors. She said vendors were willing to take less money to keep city contracts.

District 1 Councilman Charles Antos said he was under the impression that Seal Beach had put on a hiring freeze years ago and that it had never been lifted.

Carmany said that public safety was an important issue and the city had to maintain minimum manpower in both the police and marine (lifeguard) departments.

The council voted unanimously to receive and file the report.

City manager gets a raise