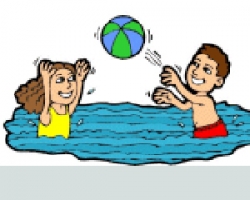 The Seal Beach Redevelopment Agency, which is made up of City Council members, on Monday, Oct. 11 approved a staff request to seek a grant to buy land for the site of a new community pool. That money could be used to purchase a Marina Drive property to serve as the location of the new pool.

The council voted 4-1 to authorize the city manager to hire a consultant to apply for the grant, with District 1 Councilman Charles Antos casting the dissenting vote.

In related news, the council discussed drafting a letter to the commander of the Seal Beach Naval Weapons Station to raise the possibility of leasing land from the base as the site of a new community pool. The area would be near the submarine memorial, located on Seal Beach Boulevard outside the gates of the Naval base.

Director of Public Works gave the staff presentation to the RDA. He said the $5 million in grant money is available to acquire park land—but only to the Redevelopment Agency, not the city. He said six community meetings would have to be held.

District 4 Councilman Gary Miller asked if the $5 million was for land only.

Crumby said the project site would have to be in the Redevelopment Agency’s area.

Miller asked why Seal Beach needed to hire a consultant to apply for the grant.

Crumby said the city would need to include plans for the park with the grant application.

Miller asked why the city should expend funds when the city wasn’t sure of the site of the proposed community swimming pool. According to the Oct. 11 staff report, hiring the consulting firm of Carrier Johnson + Culture would cost $86,000.

Antos said it seemed to him that Seal Beach should have the community meetings before submitting grant applications.

However, District 3 Councilman Gordon Shanks disagreed. Shanks pointed out that he had experience with grant applications as a member of the San Gabriel Rivers and Mountains Conservancy. He said grant applications sometimes took years to go through.

In response to a question about the feasibility of acquiring the Marina Drive site, City Manager David Carmany said Exxon officials were willing to cooperate with the city. According to the staff report, the property is co-owned by Exxon/Mobile Corporation and Chevron.

“We don’t even know what we want yet,” Miller said.

Shanks said he assumed the meetings would center in the Redevelopment Agency’s geographic area.

Yet Crumby said the process was designed for the community to determine what it wanted in a community pool. As for the meetings, where they could be held was “open-ended.”

Miller said he didn’t want a small group of people deciding what the city wants.

Shanks said the Marina Drive location was already a recreation area of the city.

Resident Eldon Alexander told the Redevelopment Agency that the pool should be located on which property became available first—the Navy land or the Exxon land.

Shanks moved to approve the staff request to apply for the grant money. The decision passed.

Earlier in the evening, the City Council looked at a proposal first raised by College Park East resident Patti Campbell to lease Navy base land as a site for a community swimming pool. The item was placed on the Oct. 11 agenda at Miller’s request.

During the public comment segment, Campbell came out against the Marina Drive site. She said the Exxon property was contaminated. She also said it was not centrally located, unlike the Navy site.

She said the Navy land could be leased. The project presented no security risk to the Navy base. There was already a traffic signal at the intersection near the proposed location on the Navy land.

Campbell criticized Carmany for bringing a request to apply for a grant to the Redevelopment Agency when he had been directed to draft a letter to the base commander to discuss the possibility of using the Navy site for a community pool. She accused Carmany of not listening.

Assistant to the City Manager Jill Ingram said the base commander told staff he was open to discussion on the matter, but the decision would be made by regional command.  Ingram also said the Navy would require site plans along with a letter discussing the land lease proposal.

Carmany said the decision wasn’t the base commander’s to make.

That wasn’t Miller’s only concern. “I don’t want to see this go to the Parks and Recreation Commission,” he said. Miller said there were some individuals who wanted the city to approve the Marina Drive site for a community pool.

Antos said it seemed to him that Seal Beach needed to start with a letter to the base commander. He said he agreed with Miller that the letter should be signed by the mayor. He also said an elected official should talk with the base commander about the proposal. Antos predicted the process would take a long time.

Shanks asked if the city wanted to put $5 million into land that the city would not be able to purchase, meaning the Navy site. Shanks expressed support for the Marina Drive site during this discussion and later during the Redevelopment Agency meeting.

Miller said the base commander had been receptive to the idea of leasing the Navy land when they discussed the matter. Miller also said he was not suggesting the city abandon its efforts to acquire the Marina Drive property.

Miller suggested continuing the discussion to the next council meeting.

Mayor David Sloan ordered staff to continue the discussion to the next meeting. A draft of the proposed letter to the Navy base commander will be on the agenda for the Monday, Oct. 25 City Council meeting.