Fueled by a combination of increasing costs for fire services, ballooning pension payments and flat sales tax revenue, the City of Seal Beach is grappling with how to balance a budget that has more cash going out than coming in.

“There is no easy fix,” District Four Councilwoman Schelly Sustarsic wrote in an email regarding the budget this week.

The challenging financial situation will be front and center at the Seal Beach City Council’s next meeting on June 11, which has what is shaping up to be a jam-packed agenda filled with key items related to the city’s finances.

Next Monday, the council is expected to adopt a budget for fiscal year 2018-2019, which currently has a projected $832,300 deficit. It’s also expected to consider the recommendation from the city’s Fire Services Advisory Ad Hoc Committee to continue a costly contract with the Orange County Fire Authority.

In addition, city staff will present to council new revenue options, including, possibly, a tax-raising ballot measure. Lastly, council could consider approving a contract with an oil consultant to find new oil revenue, according to City of Seal Beach Finance Director Vikki Beatley.

The votes on these items could have a lasting impact on the city’s financial health and capacity to pay for critical services residents have come to expect.

“City staff has been doing the best possible to mitigate the increase in expenses and we are now at the point where these types of possibilities need to be discussed,” Beatley wrote in an email this week. “Everyone needs to be realistic about the cost of providing services to the community.”

Cutbacks have been a top focus for the City of Seal Beach as it crafts a new budget for the next fiscal year that starts July 1. Some of the city’s proposed cuts include reducing staffing levels, cutting the $100,000 worth of discretionary money given to council members and scaling back on the cleaning of public buildings, restrooms and the beach. “Even with these cuts, there will be some tough decisions to be made over the next several months to cut even more and I believe those are necessary for the long-term stability of the City,” District Two Councilman Thomas Moore wrote in an email this week.

While cuts are part of the budget balancing act, increasing revenue is also critical. Property taxes and parking fees are expected to bring in more money in the coming years, but other sources of revenue are projected to be stagnant. So how can the city bring in more money to offset rising expenses? And how much money does the city really need?

These are questions that could be answered at the June 11 meeting.

A Strategic Objective adopted by the city at a Strategic Planning Meeting in March directed the Finance Director to: “Research, evaluate and recommend to the City Council for direction options for new revenue sources, up to and including a new ballot measure.” Beatley said the plan is to present the options at the June 11 meeting but did not offer any more details on the options.

A ballot measure to raise taxes has been floated for months and was discussed at two public budget workshops in May. A sales tax hike appears to have the most support from city leaders, as it would be paid by residents and visitors, but many council members are wary of raising taxes.

“Raising taxes is not a popular idea and no one is anxious to do that,” Councilwoman Sustarsic wrote in an email. She explained she is open to the idea of a sales tax increase on the ballot but wants to see a “long-range projection of our pension, fire and safety costs presented in order for all of us to have good information on which to base this decision.”

District One Councilwoman Ellery Deaton expressed similar concerns and said an increase in property or sales tax should be considered “after all other measures have been exhausted.”

The city has an Aug. 10 deadline to get a ballot measure on the November ballot.

“Quite frankly, at this point in the year, a ballot measure is going to be really difficult for us to get on,” City Manager Jill Ingram said at the last budget workshop in May. “We do have time, it’s just going to be a sprint to get there and we’ll make it happen.”

Another idea for ramping up revenue is to get more residents to shop at local businesses. City leaders have long cited the growing prevalence of online shopping as a threat to the local economy. Online sales are blamed for decreasing sales tax revenue and city staff and elected officials are encouraging residents to shop local. “If we have a store that you like in the City, then go to the store,” Beatley said.

Oil revenue has been hailed as a potentially huge source of new money for the city.

On June 11, city council is due to consider approving a contract with previous city contractor and oil consultant Greg Kirste and Municipal Petroleum Analysts. Originally scheduled for council consideration last December, after months of negotiations, the contract was finally signed in April, but still needs council approval.

Kirste estimates there is between $13 and $20 million in revenue for the city to collect. The revenue sources could be from past or future fees, taxes, judgements and other payments oil companies and businesses may owe the city. Under the proposed contract, Kirste would be paid a 15 percent contingency fee on any money the city collects from his findings.

What the city has not specified is how soon Kirste will deliver any money. In recent interviews, Kirste did not offer a timetable for recovering oil money but said he is confident there is a lot of money out there owed to the residents of Seal Beach. 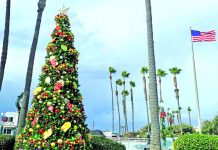