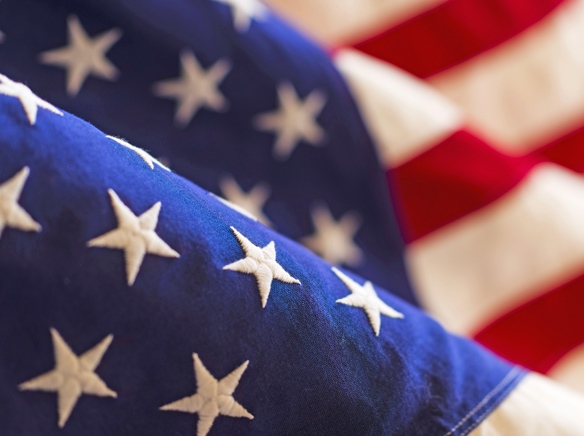 The City Council voted unanimously Monday, June 28, to introduce a new set of rules for flying flags in Seal Beach.

The ordinance amending the Zoning Code is scheduled to return to the council in July for adoption.

The new rules would allow one flagpole in the ground (a maximum of 25 feet high), one attached to a house, with a maximum of three flags.

If you’re wondering why this was necessary, the current Municipal Code limits you to one flag per pole, covering no more than 12 square feet, for each residential property. A recent code enforcement complaint over an individual flying two flags on a pole triggered a controversy that city officials are trying to resolve.

“Note: a standard sized 3-foot x 5-foot American flag is technically not permitted on a residential property in Seal Beach,” according to the staff report prepared by Acting Senior Planner Barry Curtis.

Based on recent comments on social media, it appears the city’s rules do not fly with many Seal Beach residents. The city reportedly received comments from the community calling for change. The Planning Commission recommended changes called for two flagpoles, with flags covering a maximum of 40 square feet per property, according to the Curtis report.

District Five Councilwoman Sandra Massa-Lavitt said that perhaps the Planning Commission was overly enthusiastic when they proposed the changes.

She said she couldn’t understand for the life of her why anyone would have two flagpoles on their property. She also said 40 square feet was just too many square feet.

Massa-Lavitt said she preferred one pole. She would prefer the American flag with a smaller flag.

Massa-Lavitt mentioned the controversy over the Long Beach flag flown by Thomas “Ski” Demski, who died in 2002. The flag was attached to a tall poll on top of his home. According to the National Flag Foundation, Demski’s flag was 505 feet by 225 feet. (Other sources gave similar measurements.) According to Massa-Lavitt, when the wind blew the flag made a tremendous noise that disturbed Demski’s neighbors.

“I’m open to suggestions for having two flags on a pole,” he said.

District One Councilman/Mayor Joe Kalmick said the code enforcement complaint was because someone was flying two flags. He said where the whole thing went astray was during the recent political campaign. He said recently there was a house in Old Town with four flag poles and eight flags.

Later, District Four Councilwoman Schelly Sustarsic said she listened to the Planning Commission meeting that discussed the flag issue. According to Sustarsic, the commissioners were trying to accommodate temporary flags.

Kalmick said he agreed with Varipapa and Massa-Lavitt. He would prefer one pole, two flags and would not object to a secondary pole.

District Two Councilman Thomas Moore suggested one pole in the lawn and a second pole attached to the house.

Massa-Lavitt suggested returning the issue to the Planning Commission, but Varipapa preferred to resolve the issue Monday night, June 28.

Kalmick argued that the definition of a flagpole would be something mounted on the ground.

Massa-Lavit said they needed a definition of a flagpole.

Kalmick suggested referring to a “bracket” that is attached to a house. City Attorney Craig Steele said they could all agree on one pole mounted on the ground, limited to 25 feet in height.

Steele said the problem he was having was if you allow a flagpole attached to a house, you wouldn’t want it mounted on the roof. Steele suggested three flags, limiting each flag to 15 square feet.

Kalmick opened the public hearing. No one called.

The originally proposed changes would have allowed a maximum of two flagpoles, a  maximum of 25 feet high, on a residential property. (That’s consistent with the 25-foot height limit on houses, according to Curtis.)

“The number of flags would no longer be regulated, but staff is recommending a maximum area of 40 square feet for all flags on a residential property,” Curtis wrote.

That included flags on temporary poles, according to Curtis.

“Through its [June 9] deliberation, the Planning Commission suggested two modifications to the staff-proposed code revisions. Specifically, the Commission recommended increasing the maximum number of flagpoles allowed on a property to two and ensuring that temporary flagpoles are included in the calculation of overall sign area on a property,” Curtis wrote.