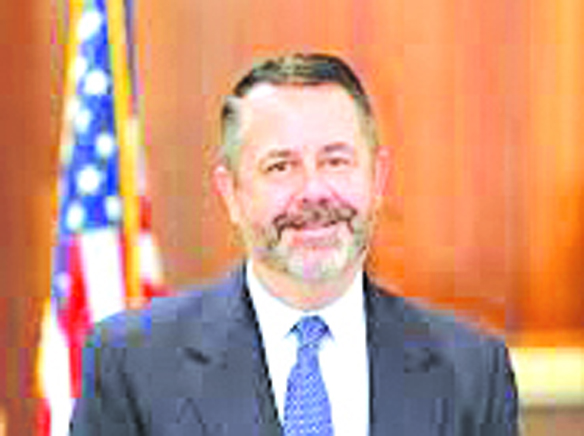 “That is a serious blow to, as far as I’m concerned, for the city,” said District One Councilman/Mayor Joe Kalmick during a phone interview the next day.

He said Johnson got along with everyone. “He showed a great deal of leadership in his department,” Kalmick said.

Johnson’s retirement caps an almost three-decade career in the private sector. (He apparently owned two businesses for about three years.)

He started his job as Seal  Beach’s Community Development director on Jan. 27, 2020.

This week, Ingram thanked Johnson for his service for the last year and a half. She said he had decided to retire.

Johnson said it had been an “absolute honor” to serve the city, city officials and Community Development staff.

He told the council that he had mixed emotions about leaving Seal Beach after years in public service. (His LinkedIn profile reports he was a city planner in Enumclaw from 1992 to 1996.)

District Two Councilman Thomas Moore thanked Johnson for his work on what Moore described as a tough job over the months.

Johnson was interim city manager of Los Alamitos from August 2019 to January 2020, according to his LinkedIn account.

The Seal Beach City Council approved his contract with this city during the Jan. 13, 2020 meeting. At that meeting, Seal Beach City Manager said the city had an intense recruitment process.

“I think what’s most important to me is the passion he has for what he does,” she said.

At the time, Johnson said he had been admiring the city of Seal Beach for about 16 months.