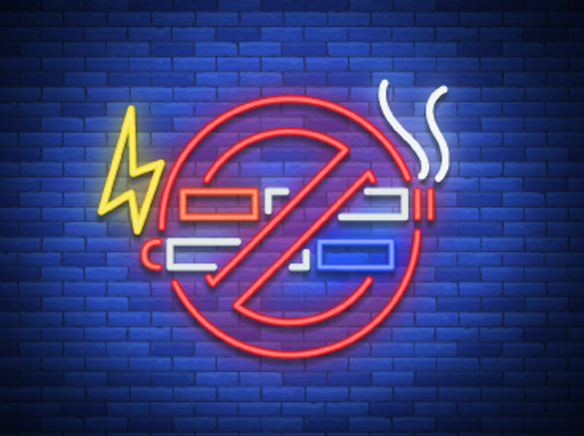 The use of electronic smoking devices (such as electronic cigarettes and vape pens) is now prohibited anywhere that conventional smoking  has been prohibited such as  the  Seal Beach Pier, city parks, and beaches.

The use of tobacco products, and the  resultant exposure to secondhand smoke and other tobacco byproducts, cause death and disease and impose great social and economic costs, according to a statement issued by the city.

The U.S. Food and Drug Administration has preliminarily found that the  use of electronic smoking devices (commonly called “vaping”) can also harmfully affect human health, and that, because electronic smoking devices are  often marketed in appealing flavors, the  use of such devices can increase nicotine addiction among young people and may lead to their use of conventional tobacco products.

As  a result, the  City Council voted to amend Seal Beach Municipal Code §7.55.010 and §9.05.060 to expand the definition of the term “smoke.”  Smoking that is prohibited now includes both the  use of conventional tobacco products and “Electronic Smoking Devices.” Those devices are  defined as  an  electronic or battery operated device, the use of which may resemble smoking and may be  referred to as  “vaping,” that can be used to deliver an  inhaled dose of  nicotine or other substances.”

The use of Electronic Smoking Devices is now prohibited in City parks, beaches and on  the  Pier.  For  full details visit  http://qcode.us/codes/sealbeach/?view=desktop.

The Seal Beach Police Department will  begin enforcing these new rules on Wednesday, July 22.  Until then, a community outreach and tobacco retailer education campaign will  be  conducted to inform the  public of these changes.

For  more information about this  new ordinance or the  tobacco-related enforcement efforts of the  SBPD, call Sgt. Nick Nicholas at 562-799-4100 ext. 1160 or  email him at nnicholas@sealbeachca.gov.