Without further budget cuts, Los Alamitos Unified School District could be looking at insolvency within the next three years.
LAUSD Board of Education members approved the district’s First Interim Budget Report after a less than optimistic presentation from Assistant Superintendent for Business Services Patricia Meyer during a Tuesday, Dec. 8 meeting.
Interim reports are mandated to validate a school district’s financial solvency and by projecting fiscal activity through the end of the current fiscal year and the next two fiscal years.
California’s economy has caused education to receive the largest cut to per student funding in history. The State is paying $840 per student less to unified districts than it did just two years ago, according to a staff report.
Since the district totally revised its budget in September based on a Revised State Budget in late July, there has been little change to the district’s financial position. The LAUSD has 22.1 percent in its reserve fund for this fiscal year. With no other changes or cuts by the State, the district will see its reserve fund wiped out by 2012-13, Meyer said.
Much of the problem is coming from 25 percent of the cash due to districts for this fiscal year being deferred to next year, creating a severe cash flow problem for many districts. The district is also beginning to see problems with cash flow.
At the end of June 2009, the district had $20.51 million as its General Fund Cash Balance. At the end of the current fiscal year, June 30, that is expected to drop to $13.61 million and then fall to $3.66 million at the end of the 2010-11 fiscal year.
The district is deficit spending to the tune of $4.1 million this year because of the deferrals and cuts.
Meyer told the board to remain solvent in 2012-13 with the required three-percent in reserve for economic uncertainty, the district will have to cut $1.16 million from this year’s budget.
The longer it waits to make the cuts, the deeper they will have to be, Meyer said.
If the district waits until 2012-13 to make the cuts, $4.55 million will need to be trimmed in order to keep the required three percent in reserve.
Meyer insists the district is still in good financial shape at the present, but should address its financial issues sooner rather than later as part of a long term plan to allow the district to remain solvent. 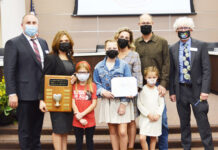 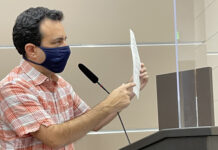 ‘All hands on deck’ as LAUSD winter break ends