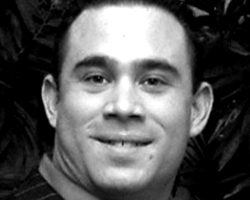 I can’t say I am a fan of South Park, though I do find their humor at times quite on target.

A comment by Trey Parker and Matt Stone, the creators, however, did seem to match my feelings as I depart as president of the Seal Beach Chamber: “Saying goodbye doesn’t mean anything. It’s the time we spent together that matters.”

In the last three and a half years I have served on the board of the Chamber, we have: more than doubled membership, created a strong relationship with our city, continued to produce the leading events in Seal Beach including: The Car Show, Christmas Parade and Summer Concert series.

We also produced both a city map and Community and Visitor’s Guide, worked closely with the West Orange County Legislative committee, sponsored candidate forums, spoken at Leisure World, created the EDGE business development seminar series with the SBA and Boeing, advocated for dozens of businesses at Planning Commission and City Council, advocated with congressmen, state senators and assemblymen, helped commission the USS Dewey.

We have tried to be the voice of business in the community.

We also produced with members the annual community Thanksgiving dinner, silver sponsored the 5K/10K, been on the board for the 95th anniversary Founder’s Day and developed an amazing new 21st century Web site for our members.

I am sure I have forgotten other things as well.

Most importantly, we have followed our mission by “providing a healthy environment to sustain, promote and grow businesses, civic and community organizations in the area, while providing opportunity to enhance the quality of life of the greater Seal Beach community through local events.”

It is our board and members with their countless volunteer hours, which deserve the credit.

In recognition of these hours and participation, we are hosting the inaugural Chamber Inauguration and Installation.  We hope this becomes an annual event.

The mayor, several councilmen and others will come together to recognize those individuals at Old Ranch on Sept. 9 at 6 p.m.

The new slate of officers for the Chamber for the 2010-2011 year is: Erik Dreyer-Goldman of Ask Erik Computer Services – president; George Banker of Pearce Consulting and Smile Brighter – vice president;  Laura Elsworth of Companybooks – treasurer and Natalie Wilson of Full Circle Chiropractic as secretary.

I know that there will be new initiatives including: 100 percent membership of all of centers of shopping, work on the Main Street Specific Plan, and continued event expansion into both historically successful events and a few new ones.

Change is coming in November to our city.  Our nation has been through one of the most difficult recessions in the last several decades.  It is likely that we will have a second dip based on the flooded money supply which hasn’t hit the consumer yet (read inflation), a stagnant job pool due to the onerous taxation and regulatory environment of California, and another round of foreclosures as real estate struggles to deal with inventory and a restricted set of guidelines for loan modifications.

We have three City Council seats up and I for one am excited to see so many candidates.  This inevitably leads to greater percolation of ideas and concepts for our community—regardless of the winner.

To all those candidates, I wish the best. You are better people than I to work to achieve a job, which in many ways is the most thankless of volunteer tasks.

Thank you to those councilmen, staff and commissioners who have listened to the needs of business.  You have made a difference on my watch.

When I moved to Seal Beach in October of 2006, I had no idea of the warmth, friendship and joy we would have in the community.  Thank you all.  We should all be proud of what we do and remember to as always—shop local!

Seth Eaker is the past president of the Seal Beach Chamber of Commerce and founder of Black Marble Consulting, LLC.