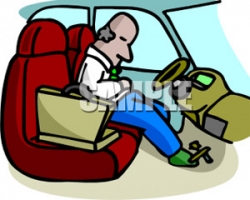 The occupant was asleep.

It turned out the occupant of the car was a parolee named Donald Tatich, born Aug. 3, 1950.

He was wanted for an outstanding warrant out of Las Vegas.

He was booked for possession of stolen property—the vehicle in which he took his nap—as well as for the outstanding warrant.

Person Down Reported—6:32 p.m.—Pacific Coast Highway—The caller said someone was laying under a black blanket in the southbound bike lane. The caller was a passerby in a vehicle. Police unit 217 found an empty blanket.

Animal Bite—2:43 p.m.—12th Street—The caller’s daughter was bitten by a dog. The dog owner was present and paid for the medical expenses. Referred to Long Beach Animal Care Services.

Suspicious Circumstances—8:20 p.m.—Seal Beach Boulevard—According to the caller, a man returned an item he took from the store minutes earlier. The item: a coffee maker. The person reporting the incident said the man came into the store carrying nothing. Store security attempted to locate the suspect. Report taken.

Petty Theft Report—5:25 p.m.—Seal Beach Boulevard—Four females were in the business and while the caller was helping one of them, another took the caller’s purse from behind the counter.

Loss: a purse with a credit card and California Driver’s License, but no money.

The four suspects were described as Hispanic and chubby. The approximate ages of the suspects was not included in the log.

Malicious Mischief—4:33 p.m.—8th Street—Someone etched a word on a vehicle. The log blacked out the word and did not specify if the word was etched on a the windshield or another part of the vehicle.

Vandalism—4:36 p.m.—10th Street—The caller reported that a word had been scratched into his windshield. The crime apparently occurred within the past two-and-one-half weeks. Report taken.

Petty Theft Report—7:13 a.m.—Opal Cove Way—An iPhone and a camera were taken from a garage sale that morning.

Disturbance, Noise—9:15 a.m.—Welcome Lane and 1st Street—The caller heard a loud noise, possibly a vacuum, coming from the trailer park. Police unit 117 determined a leaf blower made the noise. The person responsible for the leaf blower was advised about creating a disturbance.

Welfare Check—7:35 p.m.—Ocean Avenue and 12th Street—The caller said someone left a dog chained to a pole. The dog had been whining for the past 15 minutes. The caller could not find a tag on the dog. The caller agreed to stand by with the dog. Referred to Long Beach Animal Care Services.

Suspicious Person—3:20 a.m.—Howard Avenue—The caller reported an unknown person knocking on the caller’s door for the past 20 minutes, possibly an ex-boyfriend. The caller was in the bathroom on the second floor. Police searched the premises and arrested a 35-year-old man.

Suspicious Person—12:38 p.m.—Paseo Bonita—A man was going door to door claiming to be selling something but has no paperwork.

Police found two individuals selling magazine subscriptions for an Arizona company. They were advised that they need a business license.

Disturbance Party—10:12 p.m.—Green Avenue—The caller complained of a loud outdoor party, but was unwilling to sign a complaint.

Police contacted the subject of complaint, who agreed to take the party inside.

Welfare Check—8:49 a.m.—Katella Avenue—The caller was with an 86-year-old man who was lost and disoriented. Police attempted to locate a family member. A family member was at the police department.

The elderly man was brought to the station and released to his daughter.

Malicious Mischief Reported—5:06 p.m.—Cherry Street and Rossmoor Way—The caller said he was following a couple on foot that he said he believed had damaged his vehicle.

The suspects were an adult man, a woman who was reportedly the male suspect’s wife and three dogs, walking southbound on Cherry Street.

The caller said the man and woman were yelling at him. The couple called the police to report that they were being followed. The malicious mischief report turned out to be unfounded. The dispute was only verbal. The parties were advised of municipal code requiring dogs to be on a leash.

OCFA Assistance—5:13 p.m.—Bloomfield Street—OCFA requested assistance with a minor who broke his arm playing lacrosse. He was transported to La Palma Hospital and his parents were notified.

Traffic Hazard—6:24 p.m.—605 Freeway and Katella Avenue—The traffic signal to the northbound 605 Freeway was reportedly cycling too quickly and allowing only four vehicles on at a time. Traffic was backing up. CalTrans was notified.

Disturbance—9:15 p.m.—Katella Avenue—The caller requested police assistance with a male under the influence and out-of-control in the patient area. His mother was being disruptive in the waiting room and videotaping staff. All parties were counseled. The man was given Vitamin H, also known as biotin, and no longer needed assistance.

Disturbance Juveniles—2:45 p.m.—Los Alamitos Boulevard—Approximately 20 juveniles kept blocking the door to the caller’s business and would not leave. The juveniles were advised and said they would comply.

Grand Theft—2:59 p.m.—Los Alamitos Boulevard—The caller accused an ex-employee of taking a laptop and cell phone when she left the business.

Petty Theft—3:18 p.m.—Katella Avenue—The caller had a customer at the register who, according to the caller, had been seen on a video on a prior occasion taking small bottles of wine, drinking the contents, then replacing the empty bottles.

Municipal Code Violation—9:18 a.m.—Farquhar Avenue—A resident advised against throwing yard trimmings into the flood control channel. The resident agreed to clean trimmings out of channel as soon as possible.

Family Disturbance—8:59 p.m.—Lexington Drive—The caller was in a verbal dispute with male who had a history of hitting her. She confirmed this was a verbal dispute only. The man left the premises.