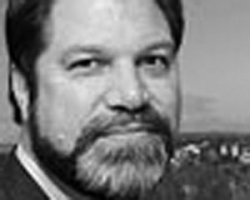 Today, most of Orange County’s nearly 3 million residents receive their municipal services (fire, police, sewer, water, courts, and social services, for example) through a myriad of government agencies, but primarily the county, cities, and special districts.  This “quilt work” of service providers has developed slowly over the County’s 122-year history—ever since Orange County successfully broke off from Los Angeles County in the summer of 1889. At that time, there were only three incorporated cities in Orange County—Anaheim, Santa Ana and Orange—and the total County population consisted of 13,500 residents.

Over the decades, to address the County’s growing population and service demands, we’ve added more cities and special districts—lots of them. Today, in 2011, we have 34 incorporated cities, 26 independent special districts, and the county which all, in one way or another, retain responsibility for providing municipal services to OC residents.  Our cities range in population from 6,300 (Villa Park) to 358,000 (Santa Ana).  Our independent special districts serve populations ranging from 2,500 residents (Sunset Beach Sanitary District) to 330,000 residents (Irvine Ranch Water District).

Because I tend to live and breathe local government issues, I do a lot of thinking about government organization and how to best serve our residents.

Is the quilt work we now have in place in Orange County the best way to provide services to our residents? If somehow, all the lines defining city and special district boundaries disappeared in Orange County, and you had a blank slate to start with, would you redraw the lines in the same way? Are 34 cities too many?  Are 26 special districts overkill?  Is there a better way?

I have to believe there is, and I am beginning to believe that we do have too many government agencies in this county, and that we could do a more efficient, cost effective job of delivering services if some cities or special districts were combined.

As chairman of the Orange County Local Agency Formation Commission (LAFCO), which is in charge of setting boundaries for cities and special districts, I have been a proponent of looking into the feasibility of combining the cities of Seal Beach, Los Alamitos and the unincorporated community of Rossmoor into a single city (the so-called “super city” concept).

Raising this idea, as you can imagine, has not made me popular with a few of my constituents (or fellow elected officials) in these communities.  I am very aware of and respect the individual identities of these areas, the passion of their residents, and the desire to remain separate identities. The long-term fiscal pressures on all local governments, however, demand that elected officials look at the full range of governance options to increase efficiency – including those that many consider politically infeasible or wildly unpopular with residents.  I believe the super city idea is at least worth exploring.  It just might be time to redraw the lines.