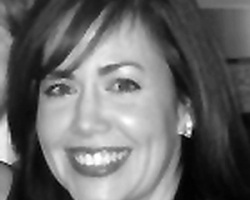 A string of recent pet deaths resulting from coyote attacks has spurred Rossmoor residents to form an alliance to protect their neighborhood from the growing urban coyote population.

The Rossmoor Predator Management Team “seeks to understand the implications of the coyote population living among us in order to effectively protect ourselves, our children, and our pets from the dangers presented by coyotes,” according to the group’s mission statement.

“Our goals are to maximize the resources available to our community in order to create and sustain protection, act as a liaison between residents and government agencies regarding such protection, and to inform and teach the community about the realities of the coyote threat.”

On Wednesday, June 2, the founding members of the group met with officials from government agencies to express their concerns and learn what protection they could provide. They offered a Power Point presentation created by the Department of Fish and Game, which we appreciate.

As one of the group’s founding members, I concur.

However, while education is an essential part of resolving the coyote threat, there is much more that needs to be done. I believe a three-pronged approach must be developed by the community in order to truly contain the coyotes, which seem to have lost their fear of humans and have been attacking pets in the middle of the day.

First, officials must observe the coyote population and understand their behavior so we know where they’re living and what kind of numbers we’re dealing with. Secondly, we must make sure our community structures, such as storm drains, are not encouraging coyote infestation. Finally, we must teach residents about the dangers and help them learn to protect themselves and their loved ones.

In fact, after the June 2 meeting, Don McPeck of Orange County Public Works drove to one of the Rossmoor storm drains, where residents David Lara and Ron Singer pointed out a coyote entry point there.

“Mr. McPeck saw the scratch marks under a gate made by coyote claws, where they were digging under it,” said Lara. “He also saw that the fence was pushed down in one area, making it easy for the coyotes to jump over it.”

McPeck promised to oversee an inspection of fences and gates surrounding the storm drains in Rossmoor and to then make necessary repairs.

Coyotes are highly adaptive and have learned that residents keep their pets indoors at night, so they now are hunting during the day when pets are outside. Milt Houghton of the Rossmoor Homeowners Association said that because local urban coyotes have no natural enemies, their population has increased dramatically.

“There is plenty of wildlife for the coyotes to feed on around here, but it is easier for them to prey on a pet enclosed in a backyard,” he said. “They don’t have to work as hard.”

The Rossmoor Predator Management Team’s next goal is to alert local residents about the three coyote attacks in the last few weeks.

Most people don’t realize how frequently the coyotes have been attacking, nor that the attacks are happening during the day. While we grieve the tragic loss of family pets, we are most fearful that a small child could be killed this summer in his or her own backyard.

I researched a UC Davis study that says coyotes which attack during the day have lost their fear of humans, making attacks on people and children more likely.

In the 10 years I have lived in Rossmoor, I have always heard “Oh, there is no record of coyotes ever attacking humans in Orange County.”

It is a real possibility and people need to know that.

I have a 3-year-old son who loves to play in our backyard. I like animals. I don’t want to hurt coyotes.

But I have a responsibility to protect my son, so that is what I will do.