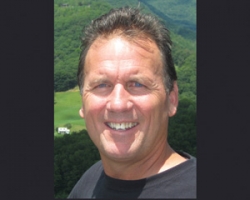 The 36th annual Seal Beach Christmas Parade promises to be the best and most festive parade ever.

With more than 3,400 participants and 111 entries, Main Street will be alive with the sights, lights and sounds of the holiday season.

This year’s “Seal Beach Winter Wonderland” theme is certain to bring out the best in the participants.

Thirty-two years ago I watched my first Seal Beach parade that went both ways up and down Main Street.

Two years later I walked in the parade for the first time pulling my infant son Grant in a decorated wagon for his day care center.

When I joined the Lions Club in 1988, I began my career as a “parade volunteer” and have been working the event ever since.

Our Seal Beach Winter Wonderland Christmas Parade is a great hometown event that brings the community together year after year for an evening of warm holiday spirit.

Floats, cars, jeeps, wagons, strollers, bikes, boats, bands, animals and horses will all be part of the parade again this year.

It always begins by honoring the flag of our country and ends with the arrival of Santa Claus.

A big thanks goes out to Southland Credit Union who is our presenting sponsor for the parade this year.

They have been a huge supporter not only of this year’s parade, but other Lions and Seal Beach community events.

The City of Seal Beach continues to be a wonderful and positive partner with us.

All of the city departments help in some way and you will see that reflected in the parade itself.

Finally, I want to thank the more than 170 Lion and community volunteers along with parade vice-chairs Seth Eaker and Tim Kelsey for making this event possible.

I look forward to seeing the throngs of people lining Main Street on Friday, Dec. 5 at 7 p.m. for the 36th annual Seal Beach Christmas Parade.

It will certainly be a great evening of holiday magic so come early to dine and shop on Main Street.

See you at the Parade!