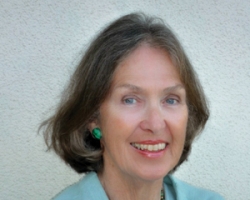 During the holiday season, Leisure World residents would gather at the Seal Beach Market to buy their turkey and apple pies, readying for family celebrations.

Leisure World residents have had to shop elsewhere, many forgoing the turkey since it’s a little difficult to carry that turkey off a shuttle bus. One-stop “easy to get” groceries are no longer the norm. Using the shuttle bus to Ralph’s with carry-on restrictions, literally just doesn’t cut the mustard.

For over 45 years, a food market sat adjacent to this retirement community.  And for many, access to a market was a main deciding factor in the purchase of their unit. Others exiting the 405 freeway, living in Old Town also would stop there for last minute dinner items. It was a sad day in 2008 when that market closed.

But to tell the story, let us begin at the beginning:

All was well when a small local market, the Seal Beach Market, was convenient for those unable to drive who used electric scooters and walkers to get there. “Driving my scooter here is the only way I can get groceries,” an elderly resident stated.

This market was where many Leisure Worlders shopped, talked and exchanged “hellos”.

Then in 2000, Burnham USA became owners of that adjacent shopping center, made significant improvements, and increased the rent for the market, an expense too high for the Seal Beach Market to sustain. To address resident concerns over the potential closing of the market Burnham held a town hall type meeting. Protest was strong. Residents petitioned asking the Golden Rain Foundation Board to do something about it, but no one seemed to listen.

Coming to the aid of residents, the Health Care Center pharmacy added some very basic food items. Burnham made arrangements for a “farmer’s market” every Tuesday to sell fresh fruit and vegetables. And a bus was available for transport over the freeway to Ralph’s.

Burnham then announced in November 2007 that a Long’s drug store would be arriving and could provide a small food section.  “The store will offer fresh produce, dairy, frozen and refrigerated foods and dry goods among other things,” their officials said. But, Long’s Drugs changed ownership to CVS and with other CVS stores in close proximity, there seemed no need to open another one. Burnham thought they did what they could. Meanwhile CVS pays rent on an empty store.

Presently, friends and relatives are called into service to buy food for those unable to get to a market. Some residents just use the buses and make multiple trips. Others rely on packaged meals-on-wheels.

The situation appeared grim until George Early, one of the early crusaders for the market, was elected to the Golden Rain Foundation Board of Directors. His voice was finally heard. An ad hoc committee was formed (Paul Pratt, Mike Supple and Ella Walton) to lead the charge.

And now, aligning with the city of Seal Beach, all parties are meeting to get a market in the Seal Beach Village center. Mark Persico, Seal Beach director of Development Services has already met with the CVS leasing agent.

Talks have begun, with interest expressed from more than one potential tenant. In a meeting on Thursday, Dec. 2, Golden Rain President Bruce Smith, Anne Seifert and George Early met with City Manager David Carmany, who said he would investigate possible city incentives to attract an incoming market.

George Early, chair of the ad hoc committee, states: “Now is the time to show your support for the market.”

And come to the next Seal Beach City Council meeting at 7 p.m., Monday, Jan. 10 at 211 Eighth St., in Old Town Seal Beach. Mark your calendar. It’s time to speak up.

Anne Seifert is a homeowner in Seal Beach Leisure World and the Coves area of Marina Hill.