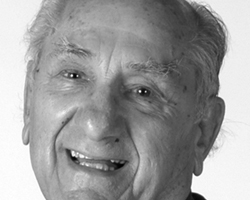 Members of the Seal Beach Veterans of Foreign Wars Post 4048 usually have their meetings on the 4th Tuesday of each month … but maybe no more.

The post had a membership high of 98 members, but now somewhat less.

They conducted annual national holiday ceremonies such as Memorial Day and Veterans Day in Eisenhower Park to commemorate Veterans of past wars.  Will they again?

They used to conduct a Flag Retirement Ceremony in elementary schools to help the young students, teachers and parents to better know more about our American Flag … But maybe no more.

The VFW members gladly participated in the annual Seal Beach Christmas Parade, but their numbers have decreased.

Many members now ride instead of walk.

The Post members  and the Ladies Auxiliary contributed food baskets, gift certificate, etc. to needy families in the local communities and nearby military posts, But perhaps no more.

At the time of recent firestorm and floods, members urgently collected clothing, bedding and numerous cartons of assorted foods and disbursed these items to unfortunate victims.

Members of the Post and the Ladies Auxiliary usually met in a local restaurant for their quarterly breakfasts, but maybe no more.

They urged their members to do their shopping in local retail stores and submit their needs to local service agencies, but perhaps no longer.

Where did the members go?  Many have died.  Many can no longer drive their car.  Some need to stay home to care for their ailing and aging spouse or friend.

Some members dropped out due to hospitalization, rest homes or just existing in their homes.

With such a drop-off in membership, the Post has had to eliminate fund-raising drives.  Moneys collected were donated to Eagle Scouts; to students who won in essay contests and various other community events.

It was the members of the American Legion and the Veterans of Foreign Wars who worked with members of Congress to pass the G.I. Bill which contributed immensely to the fantastic growth and prosperity of America since the end of World War II in 1945.

Whom or what can save the VFW Post and Ladies Auxiliary?

For information or more details, contact VFW Commander Bill Thomas at (562) 431-7795 or email at bthomasvets@gmail.com.