There were 14 assaults in October, of which three were apparently aggravated. There were 11 “non-aggravated” assaults in the known offenses report. (There were nine reported in September, according to that month’s crime data.)

Criminals apparently stole $155,219 worth of property in October, according to the monthly report on stolen by category of property that Seal Beach Police recently released. Stolen vehicles represented $108,001 worth of lost property.

Police recovered $122,360 worth of stolen property. Stolen cars represented $122,000 of recovered property and apparently included property stolen in prior months.

None of the October burglaries were residential B&Es, according to the monthly report of property stolen by “classification,” meaning type of crime.

There were eight vehicle thefts in October. Six of the stolen vehicles were cars and two were classified as “other vehicles.”

There were 48 larceny crimes documented in October. (There were 47 in September.) The known offenses report did not provide a breakdown of “larceny,” which covers a variety of types of theft.

However, the report on stolen property by crime classification did provide a breakdown:

• There were two shoplifting crimes documented in October. (Under certain circumstances incidents that civilians would consider shoplifting may be prosecuted as business burglaries.)

• There were 31 thefts from cars—not including stolen car parts. (No car parts were listed as stolen in the report on property stolen by crime.) Thefts from cars accounted for the loss of $23,040 worth of lost property.

• Thefts from buildings that weren’t classified as burglaries or shoplifting accounted for five of October’s larcenies.

The data was released on Nov. 26 in response to requests for police statistics filed under the California Public Records Act Request. (The Sun currently files requests for the month’s crime statistics as soon as the previous month’s statistics are released.) 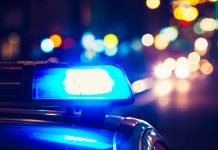