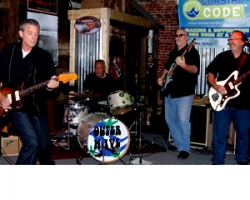 The Navy League fundraiser on Friday, Feb. 3 will kick out the rockin’ jams from 6 p.m. to midnight with three bands to party and dance to at Don The Beachcomber in Huntington Beach. Mystic Tiger will start the music, followed by surf music meisters Outer Wave.

The Robby Armstrong Band will round out the evening’s sounds and fun. Armstrong will also act as the event’s emcee. The $20 admission donation will be collected at the door and the proceeds will go to the Navy League, which aids United States Navy, Marines, Coast Guard and Merchant Marines personnel and their families. Admission is free to any uniformed serviceman or women. The evening will also include raffles and other entertainment. For more information, send e-mail to Chimene Armstrong at chimenearmstrong@mac.com.