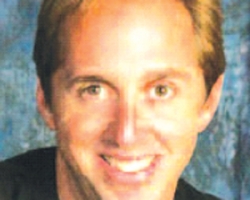 Los Alamitos city officials have “kicked off” the Downtown Revitalization project, which may impact local motorists traveling through the area.

Los Alamitos City Council members were told at their Sept. 7 meeting in which results of the Southern California Association of Governments (SCAG) Compass Demonstration Project were presented.

The project’s goals include enhancing the city’s sense of identity along the Katella-Los Alamitos Boulevard corridors and creating a central, pedestrian and bicycle friendly place for those who live and work in Los Alamitos.

Much of the focus for city staff has been wanting to get motorists to turn left or right from Katella onto Los Alamitos Blvd.

At the meeting, the council asked staff to provide a report that describes the steps necessary to make the Los Alamitos Blvd. project (between Katella and Cerritos) designed and ready for construction by August 2011.

The concept being considered will expand sidewalks and parkways from the current 10-feet to either 16 to 47 feet.

Two lanes of travel in each direction will allow for the estimated 23,000 vehicles that move between the two arterial streets per day.

The curb to curb area would adjust to the curvature of the roadway. Under the proposal, the crossing distance decreases from 95 to 57 feet in some mid-block areas and intersections. With a median included, vehicles are now framed by 23 feet of road instead of 95 feet, making the area much more intimate and inviting.

The five phases before construction include getting funding and business outreach, which is going on right now.

Depending on what items the council opts to have in the project, costs can range from $2-4.5 million, according to City Engineer Dave Hunt.

“We’re working on funding sources right now for the project,” Hunt said. “We will be speaking to businesses over the next few months and getting ideas.”

Reviewing utilities and identifying right of way requirements for public improvements as well as putting together a conceptual design and presenting it to business owners and the council is the next phase. Giving the public an opportunity to review the plans, which is expected some time in December and January, would be next.

Getting public opinion on the project is and will be an ongoing project. “The formal public outreach is part of Phase 3. The informal outreach is right now,” Community Development Director Steve Mendoza said.

Having the council approve the final document will need to be done before construction can begin. Hunt said getting the project “shovel ready” by August is aggressive but was told to keep focusing with that goal in mind.

Having the council approve the final document will need to be done before construction can begin. Council members are excited about the project.

“This is the biggest project the council has been a part of in years,” Council member Troy Edgar said.

According to a staff report, getting this portion of the project completed will enable the city to capitalize on the forthcoming Bus Rapid Transit (BRT) stations and potentially stimulate investment and redevelopment.