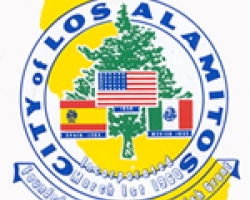 Bricks will be sold through the end of the year, Carvajal said.

Bricks can be purchased online on the city’s Web site www.ci.los-alamitos.ca.us or at the Recreation and Community Services Department on Oak Street.

Tickets are on sale now for the 50th Anniversary Gala scheduled for Saturday, Nov. 20 at the Eagles’ Nest at the Navy Golf Course in Cypress.

A social hour begins at 5:30 p.m. with dinner and dancing to follow.

Tickets are $50 each and can be purchased at the Community Center.

Carvajal said ideas are still needed for what to place inside the 50th Anniversary Time Capsule.

All residents, businesses, non-profit organizations and families are invited to submit ideas to the 50th Anniversary Committee for inclusion into the time capsule.

Items to be placed into the capsule need to be small and need to reflect what life is like in Los Alamitos in 2010.

The capsule will be buried in the 50th Anniversary Courtyard sometime early December so memories of the Gala can be included as well.

In other news, members of the Los Alamitos Volunteer Program were recognized. Recreation and Community Services Director Angie Avery said the program is in its second full year and is comprised of 12-17 year olds who assist in a number of Recreation and Community Services events, including the aquatics program, special events such as Music and Movies in the Park and more.

Program Coordinator Frances Caron said the program teaches youth several beneficial attributes such as dedication, multitasking and time organization. Since the program’s inception, more than 2,000 hours have been volunteered.

The group is also part of the Presidential Service Award Program with all hours volunteered going toward the program.

Each volunteer was introduced and given a certificate of appreciation. Mayor Pro Tem Ken Stephens, who ran the meeting in the absence of Mayor Marilynn Poe, said kids who are willing to work have their parents and guardians to thank.

“What you see up here is the upbringing the kids have,” Stephens said.

In other news, the council also approved the notice for completion of the Katella Avenue from Siboney Street to Walker Street project.

The second and final reading of an ordinance extending the moratorium from three to five years for street excavation and repair once a street has been slurry sealed or had an asphalt overlay put on was also approved.