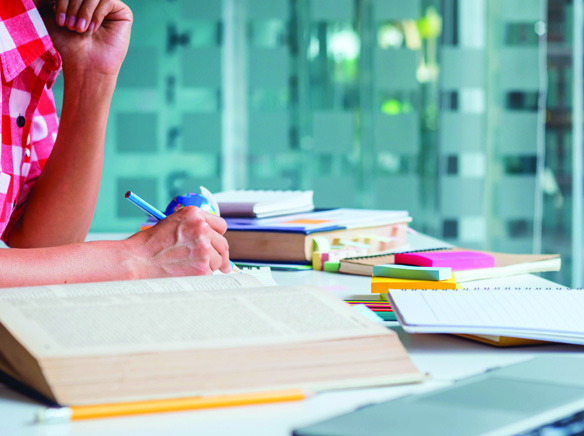 In somewhat of a historic move, the Los Alamitos Unified School District Board of Education has voted unanimously to adopt its first ever ethnic studies course which will now be available for students this fall.

“I can guarantee you that you have my whole heart behind what you’re doing, and you can say that to the world,” said Board President Marlys Davidson before the vote. “I can’t speak for everybody here, but I pretty much think you could tell by what they had to share with you that they feel the same way.”

Davidson cast the final vote to make it a 5-0 unanimous board action to adopt the new elective as part of the school’s permanent curriculum.

Following what has been a “year-long” process, the board’s vote will give incoming Los Al High School seniors and juniors the opportunity to schedule the new course entitled “Cultural Experience in America” for the fall 2021 session.

District Supt. Dr. Andrew Pulver assured the board that the staff had followed “the standard process” for creating this course as it does in creating any course.

“Why would we go through any different process,” Pulver rhetorically asked? The superintendent said the process was already underway organically when the “horrible experiences” of racism and bullying came to light in the spring and summer of 2020.

Students both demonstrated and in a riveting meeting last summer, students, former students and parents laid bare a myriad of experiences they had endured. Pulver recounted the events that led the board then asking administrators to formally develop an ethnic studies course.

In addition, “we do want to offer our students a myriad of opportunities,” said Pulver who asked Deputy Superintendent Ondrea Reed to again explain the course and the process.

Reed provided the board, and the public, with a thorough review of the now adopted ethnic studies course, which she said is entitled “Cultural Experiences in America.”

Like Pulver, she explained the process used to develop the ethnic studies course was “the same” as used for any course development.

The ethnic studies course will focus on cultural differences only and will be added to the more than 100 elective courses students can currently select from, said Reed. The course is an elective and will not be a requirement for students, she added.

The board briefly acknowledged “misinformation” that was circulating about the course, prompting Reed to explain in significant detail the pathway of the course, its specific contents and purpose.

When it came time for the public to weigh in, there were so many speakers signed in to speak that the board had to make a motion to extend their normal public comment period so that everyone could be heard.

The diverse group of speakers included teachers, students, parents and experts, all of whom strongly urged the board to adopt the ethnic studies course.

The “expansion of racial literacy and resulting critical thinking” will create “significant cognitive development for all of our children of all races and ethnic backgrounds. This program will be a valuable part of building our community,” said Barbara Farrell.

“When my daughter comes home from 3rd grade, she told me about things and it just gives me chills,” old town Seal Beach resident Steve Miller told the board. “She’s learning about things that I never experienced. I was born in the middle of nowhere in Missouri. Everybody I grew up with looked just like me,” he said.

Mariesa Hayes asked Dr. Pulver to “double down” to ensure passage of the course “because you already promised them when they came out so to protest.”

A former Los Al graduate, Amy Lounsbury, urged the board to approve ethnic studies so the next generation will be more prepared when “they face the world.” Using a cadence and ironic wit, Lounsbury lamented the fact that she missed out by not having any ethnic studies in high school.

“By the time I graduated from Los Alamitos High School I knew the following: the slaves were kidnapped and brought on ships; that slaves were freed when the civil war ended; that Spaniards colonized California; indigenous were abused and mainly wiped out but the Japanese were interned during World War Two; Jews died in the Holocaust and Chinese Americans had something to do with railroads. I was uneducated,” she said.

“I don’t see myself in the school curriculum,” LAHS senior Emy Chen.  “I feel privileged that our school district is considering passing an ethnic studies course, and I’m excited to see myself within the curriculum,” she said.

Teacher Drew Sells suggested ethnic studies was a “very important step in the right direction. “I encourage you to vote to overwhelmingly support this proposal,” he said.

Brandon Hart, another teacher, said the new course was “just one piece of a larger puzzle. I’m very proud of the work we’ve done,” he said.

“I’m very appreciative of this moment, said Los Al teacher Mossey Kennedy. “This represents how the high school is connected with the community in such a really meaningful way,” he said.

As a woman of color, said Tara Farajian, “I had to wait…until the university to take black studies or woman’s studies to have a better picture of our world.” She urged the board to pass the course because “I think our children are faced with historic experiences that our society never faced.”

Frankly, “we need to reevaluate our priorities on what is being taught and how it’s being taught to the students,” said graduating senior Iris Chou. “We need to rethink what type of student we want to put out into the world,” Chen said.

Another senior, Jackie Bond, said Los Al is a “district of inclusivity.” The world, she said, “is bigger than one race, one view.”

“It strengthens our community,” said Anisha Nicholson, “and students perform better academically and have increased engagement when presented with an inclusive curriculum.”

Following the board’s historic 5-0 vote, board members offered their own perspectives on approving the ethnic studies course.

Board member Meg Cutuli said “this course is the study of ethnic[ity], not racism,” saying that even though “a lot of people brought up the whole racism part of it, that is not the goal of this class,”  she said.

Board Vice President Diana Hill thanked the passionate speakers. “Thank you to everybody for being so civil and passionate about your feelings, but also respectful of everybody else.” A major objective of the course is to “create critical thinkers” and that the course would create opportunities for that type of discussion.

“I think that there’s a fear out there that we want to indoctrinate our students, and I do not believe that with any part of my heart. ‘I believe that there’s a difference of opinions and that’s what this country is supposed to be about,” said Hill.

“Ethnic studies allow all children to learn the histories of others and bring about greater understanding of people, so I support this,” said Board member Chris Forehan.

Davidson said while some expressed concern that the board should focus strictly on academics, she pointed out that “a Stanford study showed when you have an effective ethnic studies program in a high school, not only does it raise the overall GPA, but more course units are also completed, more students are college-bound and their grades go up.”

The reason, said Davidson, citing the study, is “because (with ethnic studies) they feel like they are a part of things, they feel engaged because they aren’t fearful because they feel that they are now part of a team.”