Working together with band boosters for support and innovative technology to make it happen, the Los Alamitos High School Jazz and Orchestra program has announced it will indeed provide fans a winter concert.

“This year, like every other music program in Southern California, all of our traditional performance opportunities have been canceled. To give the students a musical raison d’être, we created the fall production entitled, Inspiration 2020,” said Padilla.

The show will feature every student in the jazz and orchestra program playing their traditional instruments as they perform big band and classical music gems.

Padilla has envisoned a different kind of virtual concert. It will be pre-recorded at several locations and venues and then edited together to make it look like the kids are all playing on the same stage.

This show’s concept merges the student’s pre-recorded home audio with a live stage video shoot, he said. Padilla said the student musicians are 100% involved in the creative process as they learn new recording software, audio engineering techniques, and post-production skills.

“Each musician is developing their independent, self-directed learning and assessment skills, as well as interacting with a professional composer, producer, and video expert on the two days of the camera shoot,” said Padilla.

“This project builds their 21-Century learning skills and will help to enhance their overall self-efficacy as they move towards completion of the show,” he said.

The Los Al orchestra director said Jacob Leonard and Neismar Carrasquillo, both seniors, will host the event and tell the story of “how we overcame adversity and found a creative format to share our love for music with the world.”

In addition, this year’s unique event will break new entertainment ground. They plan do do something “never done before at Los Al.”

Padilla said they plan to include what they are calling “Special Features” from a handful of students who have their own passion projects in the music world.

One student in particular, Nathan Morones (10th grade), is performing his single, “Enough for You to Stay,” taken from his debut album, Vanilla Ice Cream. Another student, Diego Herrera (9th grade), is using his music-production pad called, Launchpad, to “create a live multi-track electronic dance beat right before your very eyes.”

Padilla has also become known for inviting top jazz professionals and studio musicians into his concerts. Not only do they bring “big names” into the event, student musicians in the past have enjoyed performing with them and learning from them.

In addition, there are two special guest artists performing with the jazz ensembles. Willie Murillo http://www.williemurillo.com/, one of L.A.’s finest trumpeters and composers is “sitting in” with all three jazz ensembles. He is also the co-producer of Inspiration 2020 alongside Mr. Padilla.

The jazz program commissioned an original arrangement of Dizzy Gillespie’s famous, A Night In Tunisia, which will feature Chad and our very own Santiago Lopez battling it out toward the end of the tune. Santiago Lopez is the 2020 Down Beat Magazine’s Best High School Tenor Saxophone soloist and admires Chad’s playing ability and success in the music world.

Booster Club President Colleen Ryan and Fundraising Chair Cynthia Murnane said the cost of this program is significant and they are stepping up to help raise funds and provide for the additional needs.

“The talent of these student musicians is simply breathtaking,” said Ryan.

The Inspiration 2020 concert will be streamed virtually Dec. 7 and the link will be made available before the event. Murnane said the virtual event will be free for the public but they are hoping for donations on a pay what you can basis. The event will be produced in collaboration with Los Al TV. 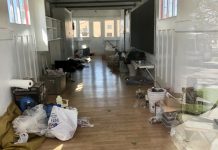 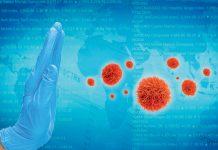 Educators soon to get COVID-19 vaccines

Educators soon to get COVID-19 vaccines