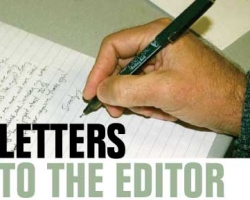 Beware of this measure on our November ballot.  It would reduce the utilities tax from 11 percent to 10 percent in exchange for modernizing the UUT ordinance to apply to all telecommunications services regardless of the type of technology used, other than Internet and cable television services. These are the words of Steven L Flower, our City Attorney, published in the General Election Sample Ballot.

Does cable television services include FIOS and Dish and Direct TV, which many in Seal Beach use?

Mr. Flower also is silent on the revenue impact to the city if this measure were to pass.

Most analyses on ballot measures that I have seen provide this information.

It is my understanding that the actual words in the revised UUT ordinance would allow the city to tax Internet and cable services at the new rate of 10 percent.

My Internet and FIOS TV services currently costs me about $100 monthly and if these services were to be taxed at 10 percent it would cost me $10 more each month which is far in excess of the savings I would receive from the 1 percent tax rate reduction.

Mr. Flower’s impartial analysis again was silent on this issue. I ask the city to correct this omission by publishing this information in the Sun News as soon as possible.

Can’t we all just get along?

To all those against coyotes:

I have lived in Rossmoor since 1965 and we never had a problem with coyotes until they tore up the bridge/overpass and the brush that were homes to wildlife.  Before, the wildlife had a home and other wildlife to eat.  Now they have nothing, and so they go out into the neighborhood seeking shelter and food.

Instead of trying to kill the coyotes, why don’t they replace their shelter and they will eventually find their own food without going out into the neighborhood.

I have volunteered at a wildlife sanctuary for almost 12 years and even those that were not in enclosures did no harm to others.  Why can’t we follow the example of wildlife coexisting with each other?

In reading “Sightings of Coyotes” in the Oct. 2 issue of the Sun, I realized that I had not reported my sightings to Animal Control.

In the last few months while walking to work in the very early hours, I have seen seven coyotes around Electric Avenue from 11th to 16th Sts.  Some were running up 14th, 15th and 16th toward the greenbelt.  It is very frightening even when people say “They won’t hurt you.”

I have walked by skunks, raccoons and opossums, but nothing so worrisome as coyotes, especially when you see one with a small animal in its mouth.

It must be nice for humans to be able to eradicate anything that inconveniences them, regardless of the consequences that they have not even thought of. These humans that want to get rid of coyotes are ignorant of anything that isn’t man made.

Take away your faucets, light switches, sidewalks, roads, grocery stores, Walmarts etc. … and I bet you would be not too different than the coyote, except less resourceful and adaptable.

It would serve you all right to get what you wanted and never have to see a coyote again.

But it’s too bad that the humans that don’t agree still have to live with the consequences of the ignorant decisions that those in “power” get to make. The blood is on your hands. My only consolation is that in the end the coyote will live on and the humans will destroy themselves. Because everything that falls apart also falls back together (but without the one thing that would destroy it again, humans).

My idealistic wish is that humans will begin to wake up before it’s too late.

Instead many Americans are spending their time finding their passion, their calling, what excites them, doing what they love.

But realistically most humans and other species living on this planet don’t have that luxury and their survival is what drives them every day, every second that  they “get to” wake up and live another day. it’s not us against them, it’s them killing themselves and taking the rest of us with them.

And “them” don’t even know what they do, so I forgive and try to make the most of my days on this giving, beautiful, wonderous planet that we call Earth. I blame it on huge, overgrown EGO’s.

Deepak Chopra says that EGO stands for Edging God Out. God is nature and every living thing in it, coyotes included. Forgive us for we know not what we do. If we kill coyotes Seal Beach will suffer and bad things will start to happen here. Guaranteed!

Carpe Diem for it may be our last,

The city of Seal Beach appears to have lost perspective. Do not blame me for saying this. Do not get angry with me for saying it.  This is why our actions have attracted the attention of national news outlets. This is why animal activist “outsiders,” as they were referred to in our newspaper, have stepped in.  This is why so many of us react so violently about this issue.

My wife, two young children, and I live on the Hill, adjacent to the Hellman wetlands area.  We sometimes hear the menacing yelps and cries of coyotes just outside our backyard fence at night.   As my four-year-old daughter says, it’s a little scary sometimes.

I need to be more mindful about my kids when we’re at Gum Grove.  One of our two cats disappeared about two years ago, and we naturally suspect it may have been a coyote.  I have seen coyotes myself a few times on the other side of the fence at Gum Grove.

However, I never once considered that we should kill all the coyotes.  Killing things that bother us or frighten us is not the answer.  It will probably not remove our fear or our need to blame.  It will not bring back my cat, Tubs.  It will not make us any happier.

I like nature.  We all came from nature and belong to it.  As stewards of this world, it is our job to understand, respect, and learn to live in our environment.  That is part of the reason I live in Seal Beach.  I love the natural areas and preserves.  I love the beaches and the ocean.  My kids and I love the little bit of wildlife that those things bring.

I also try to respect our coyotes.  The citizens of Montana do not try to eradicate all of their bears whenever someone has a frightening encounter.  We do not try to kill all the sharks so no one has to worry about getting attacked in the water.  No one has recommended the extermination of our pesky stingrays.  I’m not going to try to kill all the bees near my house after my son recently had an allergic reaction to a sting.  And I don’t think Seal Beach should give in to the hysteria that is currently demanding that we kill the coyotes either.

I think the lives of innocent creatures that share this beautiful, natural community with us deserve more consideration than believing that killing them all is the answer.  We’re better than that.  We should know better.

The Sun reserves the right to accept, edit or reject letters for any reason. Unless otherwise stated by the author, all letters sent to the Sun are subject to publication. Letters should be 300 words maximum.

They should be e-mailed, mailed or delivered in person and must be signed by the author and contain the authors name, address, and telephone number (the latter two are for verification, and not publication). E-mail letters to dennis@sunnews.org or info@sunnews.org.