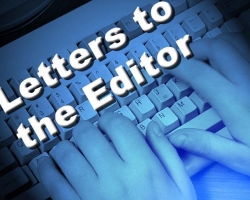 Rossmoor reacts to SB affordable housing plan
I am writing as a member of the neighboring community of Rossmoor about my concerns for the proposed affordable housing plan submitted by the city of Seal Beach for the area known as The Shops at Rossmoor.  Seal Beach annexed this area, which has no connection to the rest of the city of Seal Beach except for the boulevard that runs next to it, for income purposes in 1967.  Rossmoor is not a city, and at that time had no homeowners’ group organized to protect our interests against such an action.
Note the irony that the shopping area is named The Shops at Rossmoor, not The Shops at Seal Beach. In developing this area, and the one across the boulevard, Seal Beach has not been a good neighbor, failing to seek input from the neighborhood most impacted by their actions (i.e. Rossmoor), and not taking our concerns seriously.
Here again, we see the same pattern—use the area outside of the core part of the city to take care of their legal requirements, and save the core of Seal Beach for the million dollar homes.
My objections to their current plan, shared by many in our community, are:
1.  There has been no notification of the proposed plan to the citizens of Seal Beach, let alone those of Rossmoor.
2.  There has been no outreach to the community most affected (Rossmoor) has been made.
3.  Traffic concerns have not been addressed.  Note that the development of the commercial area across the boulevard has seriously impacted traffic along Seal Beach Boulevard in recent years.
4. There are many condominiums already in the area immediately surrounding the area proposed for this development, and one more high density housing area will really be overcrowding the area.
5.  Parking for extra cars and guests of people in the currently existing condominiums (which provide at most two spaces per unit) already overflows onto Montecito, the street running through Rossmoor in this area, and the new complex will add more cars while taking away existing parking options.  I ask you to require the city of Seal Beach to fulfill its legal obligations by requiring it to:
1. Hold public meetings with adequate notification of the public (notification of a sufficiently wide population and provision of generous advance notice of such  meetings).
2. Consider all appropriately sized properties for this project, including those in the Old Town area of Seal Beach, and not just its “northern frontier.”
Carol J. Grimes
Rossmoor

Lowest responsible bidder
Three words that have divided the Los Alamitos City Council, confounded a highly paid city attorney, caused a lawsuit by residents and a ruling by a superior court judge against the City Council.
What is in those three words that is so hard to understand by those who sit in authority over us and our wallets in Los Alamitos?
Did the City Council really have to spend over $200,000 of our money defending a lawsuit where the issue before the court was the definition of lowest responsible bidder?
The judge had no problem following our trash ordinance when he declared the trash contract void because the Los Alamitos City Council did not award it to the lowest Responsible Bidder. Here are his words to the City Council as he ordered a re-bid, “They are entitled to the dignity and respect of being a City Council. They are elected officials they are going to respect the courts order.” He also said, “I expect them to do what they are elected to do.”
How were the judge’s words received by the council majority of Troy Edgar, Marilyn Poe and Ken Stephens?
On Nov. 7, the three council members approved the first reading of the attorney’s amendment removing from the trash ordinance those three “pesky” words, lowest responsible bidder.
Those three words keep the city council majority and their favorite trash hauler from picking our pockets to the tune of $650,000 per year for the next 10 years.
The Los Alamitos City Council will have the second reading of the city attorney’samendment and approve the removal of “Lowest Responsible Bidder” at 7 p.m. on Monday, Nov. 21.
Bring yourself and your common sense to the meeting and let the council know how you expect them to spend your money.
Art DeBolt
Los Alamitos

The day the music died at Knott’s
I am a US Army veteran.
Each year I look forward to attending the Knott’s promotion during November through Thanksgiving of free admission of the veteran and one guest.
I was most attracted to the wonderful country and patriotic music being played on the ubiquitous speakers on their premises.
I visited Knott’s on Thursday, Nov. 3, and the beginning week of the promotion.
I was informed that patriotic and American music would no longer be played, as in years past.
The music being played was similar to that played on Coast 105 FM and The Wave 94.7 FM.
For me, music is part of any theme park experience.
It makes no sense to me that Raffi Kaprelyan, the manager of Knott’s, would decide to delete the good patriotic, American country music that the vets have enjoyed for so many years from the November promotion.
Marsha H. Chase

A group thank you
Since the events of Oct. 12 in Seal Beach we have been the grateful recipients of an abundance of love and support from our family, friends and community.
You have taken us under your protective wing and provided us with a physical, emotional and spiritual blanket that has allowed us to begin the process of healing; your love will never be forgotten.   The sheer number of blessings and number of people giving them makes it impossible for us to thank you individually; you know who you are.
So please, for the time being, accept this very simple but heart-felt “group thank you”!
We feel a need to specifically thank the four men who bravely secured the salon and provided initial aid as well as to each member of the first responder teams.
We also deeply appreciate the men and women of the many police departments, especially those in Seal Beach; and to the members of our Los Alamitos Police Department who gave of their personal time to assure our safety and comfort.
Finally, there is no better Trauma Center than that at Long Beach Memorial Hospital.
From those who made certain that our surroundings were clean, to the nurses and doctors, and up through administration we were treated with the only highest level of care, compassion and understanding.
We have enjoyed our involvement with our many friends and community organizations.
We look forward to that continuing.
With your sustained prayers and a little time it will not be long before you see us “out and about” once again.
Hattie  and Tom Stretz
Los Alamitos

Where is benefit in Rossmoor annexation?
In a recent article in the Sun Newspapers, the headline was “Los Alamitos Is Backed Into Corner,” but the article was about the Los Alamitos Griffins, not about the southwest corner of Los Alamitos Boulevard and Katella which Los Alamitos city has started action to annex.
In this situation, Los Alamitos may think it is going forward but it could be backing itself and many businesses into a corner.
Who will benefit and who will not benefit from the annexation of that corner?  The Los Alamitos city manager and some City Council members have said that Los Alamitos will benefit from increased revenues from sales taxes, property taxes, and other fees (from the businesses).
Orange County (whose income from the state is being reduced by about $50 million dollars) will not benefit because it will lose the sales tax and property taxes income (about half a million dollars per year),
Rossmoor Community Services District will not benefit because it will probably get less funds from the county because the county will get less (as explained above).
The businesses and apartment dwellers on Wallingsford, if they are annexed, would be subject to a 6 percent utility tax on their electricity, water, gas, and possibly telephone bill, and the businesses would also be subject to a city business license fee.
Therefore, they will not benefit.
The customers of the stores and restaurants on that corner would possibly be charged more because the businesses would be subject to the utility fees and business license fees and they would be forced to pass these costs on, and if the stores and restaurants lose sales then the sales tax revenue to the city would be less.
Therefore, they will not benefit.
Even though Rossmoor is not a city, the Rossmoor Village stores and restaurants should remain a part of Rossmoor and the county, because their costs would be less and therefore their prices to the public would be less.   For 60 years, the southwest corner at Katella and Los Alamitos Blvd. has existed profitably (and even looks like it is part of Los Alamitos) so it should be left as is to benefit Los Alamitos and Rossmoor and all the citizens of both communities.
Joel Rattner
Rossmoor

Letters to the Editor should be no more than 300 words. Letters should be e-mailed to dennis@sunnews.org and signed by the author and include the author’s address and phone number (the latter two are for verification, not publication).