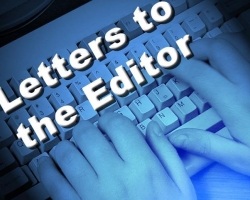 It may be recalled that after being placed under the Sphere of Influence of Huntington Beach by the state chartered Local Area Formation Commission last July, Sunset Beach residents first sought a link-up with the small-sized city of Seal Beach as preferable to the large-sized (200,000 plus population) city of Huntington Beach.

When the Seal Beach City Council opted not to annex Sunset Beach, Sunset Beach’s options were narrowed to either becoming our own independent city or possibly being swallowed up by a much larger city entity.  Local control of the longtime independent beach community was the issue.

Sunset Beach has been an independent “County Island” since 1904.  It has a population of approximately 1300 residents.  Some people were skeptical that such a small, but charming, close-knit community would have the financial horsepower to become its own city.

Input from the Sunset Beach residents was sought in terms of a mail-out survey questionnaire as well as a request for contributions to support a hired consultant-generated Preliminary Fiscal Analysis (PFA) to further explore the independent city hood concept.

To the amazement of a lot of people, including myself, over $30,000 was donated within a 4-week period. Willdan Financial Services was hired after a formal bid and proposal process.

The consultant’s report is now complete.  Eric Nickell, a principal of Willdan, recently noted that although there are no cities as small as Sunset Beach in Orange County, there are 18 cities with a smaller population than Sunset in the State of California.

Eric and consultant Carlos Villarreal will be in Sunset Beach this Thursday evening, May 20 to present their analysis, via Power Point, to the community.

A “Town Hall” meeting at the Community Center Lot on 12th Street is planned.  It will start at 7 p.m.  Grilled hot dogs and sodas will be available at 6:30 p.m., preceding the meeting.

I have read an advance copy of the report and have found it very comprehensive as well as very encouraging.

Editor’s Note: Sun Newspaper readers interested in the issue of coyotes in our midst are invited to go online to www.sunnews.org and click on our weekly poll and participate, or you can visit www.sunnews.org/polls/.

You can also let your opinions be known in depth by visiting our BLOG page online at www.sunnews.org and click on BLOG, or go to www.blog.sunnews.org.

I have a picture of a confrontation between our dog Riley, a coyote and myself. It was taken Sept. 9, 2006 around 5 a.m.

I was on the north side of Yellowtail across the street from our house when Riley made the strangest noise he has ever made.

I looked up and saw a coyote about four houses away from us, walking down the center of Yellowtail. I didn’t run but we hurried along rather quickly to our house.

I grabbed my camera and followed the coyote down the street in my truck.

I was taking continuous pictures but this is the only one I actually got.

It would seem that nothing changes about the Coyote situation in Rossmoor.

Three years ago Coyotes came through our block in Rossmoor and decimated the cat population, including one of mine. I went to a Community Services District meeting that was being held about the situation and complained that unless something was done it was only a matter of time until a small child was attacked.

It hasn’t happened here yet but has in other parts of Orange and Riverside counties.

The standard response then and now from the California Department of Fish and Game was keep your pets close, take in the dog and cat food and don’t leave any pooled water around that they could drink from. Not a very good response.

Coyotes are and have been considered varmints that have been shot on sight all through our western history. There is a very good reason for this.

They are very smart, adaptable and will kill just about anything smaller than a 50-pound dog.

The only proper response to this situation is to trap them and then kill them. To release them in the wild will only bring them back down the same river bottoms they came down through. To do anything less will continue to put our beloved pets and eventually our small children at risk.

When a child is finally attacked, and it’s not a case of if but when under the right circumstances, there’s going to be a lot of government officials trying to cover their mistakes. But it will of course be too late.

Last Wednesday when I went out to get the LA Times at 6 a.m., I found the hindquarters of a cat on the sidewalk of my driveway.

I presume a coyote killed the cat. I live on Mainway, just behind the Rossmoor Shopping Center.

Four days later, I saw more potential food for coyotes in the form of a small rabbit wandering in the parking lot of the Home Store, part of a group of rabbits that live in the shopping center. Having lived in Rossmoor since 1975, this is the worst year for coyotes that I have experienced.

For almost 15 years, we had a indoor/outdoor cat. He defended his territory against any and all comers. If my memory serves me right his record was 82 wins, 0 losses and 5 draws.

When not engaged in alpha cat behavior he loved to sleep an a whisky barrel overgrown with catnip which we had in the back yard.

Several years ago, I became more concerned about the possibility of him crossing paths with a coyote. But he loved to be outdoors and made quite a racket if you didn’t let him out when he was ready to do his prowling.

Then one morning, I found what was left of him on our front lawn. He had met his match to a coyote. Losing a pet is traumatic enough, but finding one torn apart is worse.

Several months later my wife brought home a new kitten that was destined for the pound. Needless to say this new cat will not be allowed outdoors—ever.

It’s kind of sad that he’ll live 20 years in a 1,800-square-foot “cage” and never get to roll in the grass or sleep in the whiskey barrel, but that’s they way it’s going to be. As I jog through Rossmoor, I see the “lost” cat or dog signs stapled to the telephone poles. Odds are that those cats and dogs aren’t lost at all but became breakfast for a coyote, like mine did.

I read your article this morning in The Sun Newspaper about the danger of coyotes in Rossmoor. As you read my story below, you will learn that we experienced a gruesome experience ourselves.

I still have a hard time looking out my bathroom window where I first saw our sweet Blackie’s disemboweled body.

He was a 30-pound cocker spaniel (although old) and I believe that if the coyotes are getting brazen enough to attack a medium large dog, that a small child could be next.

The Animal Control Officer who came to pick up Blackie’s remains said he was by far the largest coyote kill she has seen.

The guilt factor I have is great for leaving Blackie outside. Up until recently, I was crating him during the cold winter months, but he really preferred to be outside. It was a horrible way for such a sweet dog to have his life end. I can only hope the coyotes were swift in their kill.

I heard all the warnings about not to leave your pets outside at night, and learned of the horror stories of other families losing their pets to coyotes in their own backyard.

But not in my backyard! We live on a main street – not near any washes that bring the coyotes into Rossmoor.

Besides, they wouldn’t be able to scale our 8-foot block wall. But early this morning, something awakened me and our other dogs. Thinking there may be an opossum or rats in the orange tree, I let them out to chase away the offender.

What they encountered was much larger. They went tearing out back barking up a storm and came back in extremely traumatized.  The reason? Our poor deaf, almost blind, mostly incontinent cocker spaniel had been killed and our other dogs obviously interrupted the coyotes feeding. So take our hard, sad lesson learned and bring your  pets in at night. It can and will happen in your backyard.

Your “Sidewalk Talk” usually asks humorous questions, so I was curious to see how people would react to the serious topic of coyotes.  One reply got it half-right: ” … keep cats and dogs secured,” but the rest seemed ignorant of the facts. The coyotes were here first, and will prevail.  If eradicated (ask Fish and Game how likely that is), your neighborhoods will be overrun by rabbits, rats, mice and other small prey that coyotes typically eat.

Their diet is variable and can include bird eggs, lizards, fruits and vegetables when other sources are scarce.  They also love the food people carelessly discard on the street, and pet food left outside.  If you feed wildlife, directly or by leaving such “easy pickings” around, you are part of the problem. Take a hint, humans!

Keep your trash contained, and your pets monitored.

Coyotes are a vital part of the food chain, and to ignore this truth about your wild neighbors is to invite chaos.

I hope those respondents and your other readers saw the article on this subject in the same issue, or perhaps they don’t wish to be educated with another “inconvenient truth.”