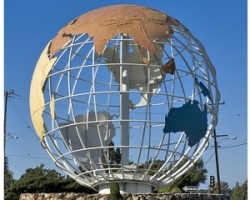 Leisure World has appointed Tommy Fileto as interim chief of security, following the sudden departure of his predecessor, Jaime Guerrero, about two weeks ago. Fileto is popular in the over-55 community, having served as security department watch commander for two years.

He was recreation department supervisor before being appointed interim chief. Representatives of the Golden Rain Foundation, which manages the 9,000-resident, over-55 community, were mum about Guerrero’s departure, except to wish him well in his future endeavors.