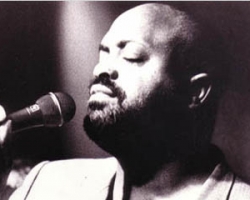 On Wednesday, July 21, the Seal Beach Planning Commission indefinitely extended the conditional use permit for Kobe Japanese Steakhouse on Seal Beach Boulevard. Planners unanimously granted the extension in spite of concerns that two conditions of the original permit were not met.

“The primary area of concern is the exterior patio located along the eastern side of the building, adjacent to the parking lot,” said the July 21 staff report signed by Senior Planner Jerry Olivera.

The report said staff originally recommended installing tempered glass to the top of the patio wall to minimize the sound impact on the area near the restaurant.

However, instead of installing the glass wall, the permit applicant was now asking  to be allowed to plant trees around the patio instead.

“While the planted material has not fully matured, staff believes that once it does, it should provide adequate sound attenuation,” the Olivera report said.

Because of this reason, and because neither planning staff nor the Seal Beach Police Department have received noise complaints, staff recommend granting that request.

Another condition that Kobe operators had not met was a requirement that a gate be installed on the patio. Olivera told planners Wednesday, July 21 that the gate was installed earlier that day.

Planning Chair Ellery Deaton, who represents District 1, said permit conditions are not suggestions. She said she was concerned that the gate and glass were not installed.

District 5 Commissioner Sandra Massa-Lavitt said she was torn because there had been no complaints.

Deaton said the permit shouldn’t go into effect until all the conditions were met.

•    Planners granted an indefinite extension of the alcohol permit for the Target store on Seal Beach Boulevard.

“The original request by Target did not add an additional ABC (Alcoholic Beverage Control) license to the census tract as it only changed the type of license that Target previously had from an off-sale beer and wine license to an off-sale general liquor license,” said the staff report signed by Senior Planner Jerry Olivera.

The term “off-sale” means a license to sell alcohol for consumption off site.

•    Planners also approved a minor plan review to build a new barbecue within the side yard setback area of a Dogwood Avenue home.