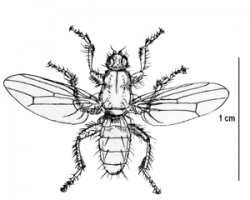 “Kelp was not the only thing that the flies were attracted to as they attached themselves to the bases of lifeguard towers,” Bolin wrote. “Although the flies are harmless, they were a nuisance for beach goers and lifeguards.  Lifeguards were able to spray water on the flies to keep them from attaching themselves and swarming towers.”

Suspicious—4:01 a.m.—Pacific Coast Highway—The caller said a man on a bike came up to her and told her that she did not belong here and rode off. The caller was with security at the location.

Forgery—5:39 p.m.—1st Street—A citizen lost her ATM card and someone charged $600 on her account.

Extra Patrol Checks Requested—6:46 p.m.—Electric Avenue—The caller’s residence was paint-balled in the past and the caller just noticed paint balls in his front yard. There was no damage on June 14. The caller requested extra patrol checks. The caller said he heard noises in the alley to the rear of his home between 8:30 p.m. and midnight.

Suspicious Circumstances—10:51 p.m.—Crestview Avenue—The caller saw a bike and helmet on the front porch of the location. The front door was open. The caller thought something might be wrong inside. Police contacted a female resident at the address and determined no further police services were necessary.

Citizen Assist—8 a.m.—Pacific Coast Highway—A woman was lost and had been in the store for about an hour. The caller said the woman was not elderly, but did not speak English. Her daughter apparently lived in Newport Beach. The caller left messages for the daughter. According to the dispatch log, at 8:36 a.m. her daughter was en route.

Suspicious Person—4:59 p.m.—Bolsa Chica and Westminster Avenue—The caller said a man was kneeling on the north side of the road. The caller said the man might have a map with him. Naval Weapons Station security contacted the man. Security asked the Seal Beach Police Department to check for wants and warrants on the suspect. He was interviewed in the field. No further police services were necessary.

Suspicious Person—10:20 a.m.—College Park Drive—A man  going eastbound on College Park Drive raised his arms up to the caller as she passed by. The caller didn’t know if he was trying to flag her down for help or if he thought he knew her. Police apparently contacted the man. He was having car trouble.

Suspicious Person—7:17 p.m.—Pacific Coast Highway and Seal Beach Boulevard—A man on a scooter was parked north of Seal Beach Boulevard. The caller said he was looking into the Naval Weapons Station. Police unit 207 determined he had run out of gas and was waiting for a ride.

Suspicious Circumstances—12:10 a.m.—Candleberry Avenue—The caller thought she heard noises at her sliding door. The noises woke her up. Police checked the rear yard. The glass slider was locked. Police determined no further services were needed.

Burglary Report—2:31 p.m.—4th Street—The crime occurred overnight. Point of entry: back door. It was not known if the door was locked or not. Loss: tools taken from residence under construction.

Vehicle Burglary—2:50 p.m.—Lampson Avenue—Point of entry: a smashed window. Loss: unknown. Occurred between 12:50 a.m. and the time of the call to police. Report taken.

Check Area—3:17 a.m.—Pacific Coast Highway—The caller saw something large laying in the street near the center media on the northbound side of Pacific Coast Highway. The caller did not know if it was a transient or an animal. Police unit 206 found a dead dog. Referred to Long Beach Animal Care Services.

Animal Information—3:39 p.m.—Heather Street—The caller reported a possible coyote on the south end of the park. The animal was described as gray in color. Message delivered to Long Beach Animal Care Services. Police unit 106 contacted the caller, who said he was not sure if the animal was a coyote or a husky dog. Police unit checked the area and was unable to locate the animal.

Found Property—7:22 a.m.—Seal Beach Boulevard—The caller found a woman’s purse in a parking lot. A wallet was inside the purse. The caller did not know who the purse belonged to. Police unit 206 returned the property to its owner.

Keep the Peace—5:37 p.m.—Reagan Street—The caller reported that a resident was asked to leave, but refused. Then the caller said the individual in question was leaving. The caller said they would call back if anything changed.

Disturbance, Juvenile—9:33 p.m.—Pine Street—Three to five juveniles were skateboarding and slamming into the caller’s fence. The caller said they were to the rear of the location. The responding officer was unable to locate the skateboarders. The caller was counseled.

Fraud Report—7:30 a.m.—Kyle Street—The caller said a customer used a fraudulent credit card to place an order totaling more than $6,000 and was in the process of making more purchases. Report taken.

Traffic Collision—2:06 a.m.—Los Alamitos Boulevard and Florista Street—A car struck a telephone pole. Tree was down in the roadway.

The suspect ran from the vehicle, possibly traveling westbound on Florista Street. Southern California Edison was notified. The Los Alamitos Public Works Department was notified. A possible suspect was detained in the Chestnut alley. The suspect said he was with his cousin, but witnesses said  there was only one person in the vehicle. One man was arrested.

Disturbance, Vehicle—3:34 p.m.—Howard Avenue and Reagan  Street—A yellow truck with party clown advertisements was playing loud music while driving up and down the street. Last seen westbound on Howard Avenue. Police apparently contacted the truck driver and advised the driver about the noise complaints. The driver apparently promised to stop making noise.

Disturbance, Juvenile—9:15 p.m.—Kaylor Avenue—Juveniles lit a bag on fire and rang the door bell. They were last seen across the street. Two juveniles were on bikes and four were on foot.

Bees—12:30 p.m.—Essex Drive—The caller asked for Public Works to respond to a bee hive at the location. The caller saw someone trying to cover the beehive with a box. Message delivered to Public Works.

Welfare Check—1:53 p.m.—Katella Avenue—The caller said a mother and child had been in the parking lot for the past four hours with the car engine running.

The responding officer found that mother and child were waiting in the car for grandmother.

Municipal Code Violation—7:22 p.m.—Farquhar Avenue—The caller reported a dog being pushed in a stroller and not on a leash. The dog reportedly went on the caller’s property and started barking. The caller said this was an ongoing problem. The responding officer counseled all parties.

Suspicious Person in Vehicle—9:27 a.m.—Copa De Oro Drive —The caller requested a patrol check for an older white sports utility vehicle with pool equipment in the back that had been parked in front of the location for the past half hour after driving up and down the street. No description of the driver. The caller said they all use the same pool man and the vehicle did not belong to their pool man. It turned out to be the usual pool guy with different vehicle.

Suspicious Person or Circumstances—10:37 p.m.—The caller reported someone described as homeless loitering around the area for the past few days, going through the trash.