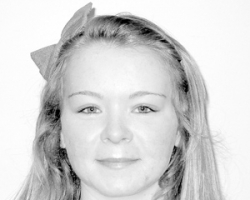 I’ve had an autistic sister for 13 years.

My sister was diagnosed with autism when she was 2 years old. I didn’t know what autism meant, of course. I was 4. But I knew things were going to change.

Things did change. A lot.

My parents divorced three years later. The stress was too much for their relationship.

I do not blame my sister for this at all. I know that things happen for a reason and her condition happened to our family like so many other families in the world.

Some parents say that when they find their child has autism, they go through the same feeling and grieving stages as a child who has been lost to them.

If 1 out of 91 children are diagnosed with autism, why do so many families feel so alone about their child’s disease? All those children have some sort of family and all of those families are going through something.

Organizations like TACA (Talk About Curing Autism) provide help to families who need support and to talk to other families who are going through the same thing.

There are a lot theories on why a child is autistic and how they become autistic. Some theories include too much mercury in their system, it is in the child’s genes, environmental problems, vaccines caused the disease, and some think it is simply that their brain was wired differently. The bottom line is, no one knows the cause of autism and no one has a cure for autism.

There have been many success stories of autistic children improving drastically through a special diet. The diet the child would have to go on would be gluten-free, casein-free, and soy-free. The diet is supposed to ease the child’s tantrums and help with digestive problems that most autistic children have.

The disease is also more common in boys. One in 70 boys is diagnosed with autism. Doctors and scientists do not know why this occurs either, but it does.

I guess when you are dealing with something like autism you just have to roll with the punches.

Similar to the feeling when you find out your second child has autism. Yes, autism is common to occur in siblings too. I guess I got lucky?

Something that is strange about the disease is the fact that most autistic children do not show signs of autism till they are 2 or 3. My sister was talking and learning all about Barney and where her nose was on her face.

Then things changed and she slowly got worse in everything.

There was a point when I remember her stacking her toys in size order and her constant humming. These are huge signs of autism. I’m not sure if my parents knew these were signs of autism, but they knew something was wrong.

My parents eventually found peace with her disease. My sister attends a normal high school and is being mainstreamed into regular classes there. She has friends her own age and has her own teenage life there.

When people ask me if I have siblings I say I have a sister, Natalie Davis. Their response is always different but most of the time a sense of shock comes over their faces and they repeat the line I have heard so many times before by so many.

That’s right, my little sister is more popular than I am.

I’ve had a sister for 15 years and for a good portion of that time I have been laughing at my sister’s hilarious personality and spunk.

Nicole Davis, 15, is an intern with the Sun Newspaper.